Hello everyone, this is Al Caudullo, and I’m very excited to be able to give you a little tease about the upcoming release of Adobe Premiere Pro CC. 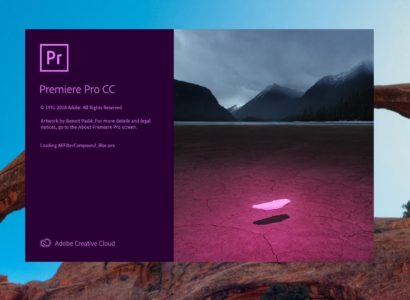 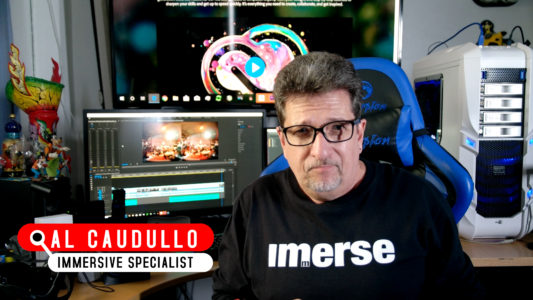 Some major changes and improvements are coming our way in the immersive video world with this release.

Adobe has always lead the charge with immersive video, first with the Skybox plugins and then performance upgrades. In April we got a bunch of feature upgrades. 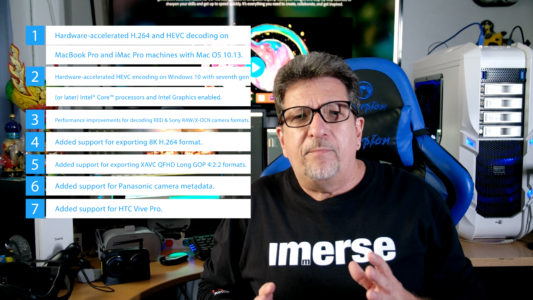 Now we are about to get some exciting new features for those who want to work in 180VR. 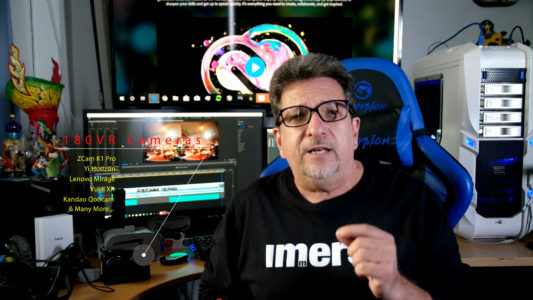 We will now be able to edit natively in 180 VR. 180VR is still very new with only a few cameras available, but that is about to change. We will be seeing almost a dozen new 180VR cameras hitting the market in the coming months.

I love 360 but there are times when 180 VR is all you need to tell the story. For instance, with sports, you don’t really want to see who is sitting behind the camera, you want to watch the sport going on in front of you. 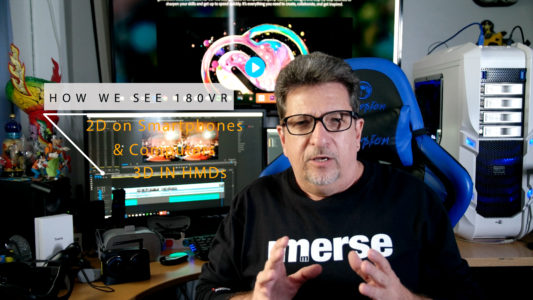 180 VR will present itself as 2D on smartphones and computers, but take on that extra dimension when viewed in an HMD. Truly giving you a Premium VR Experience.

With that in mind, I have been working with 180VR and creating new exciting experiences and it is about to become a whole lot easier with the new features coming from Adobe.

Soon Premiere will recognize your 180 videos and let you edit them and export them via Adobe Media Encoder with the proper metadata for 180VR. Right now you will only get a 360 image with 180 VR. 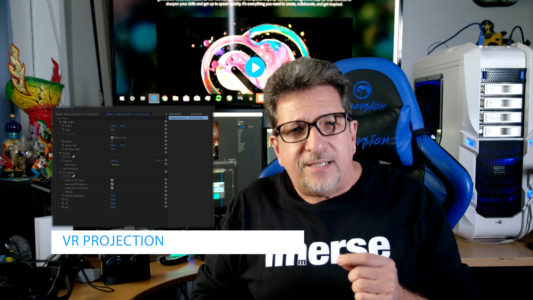 The newly rewritten and enhanced VR Projection will auto-detect the VR properties and set it accordingly. But you will be able to turn off the automatic and make your choices manually. Plus you’ll get an adjustment for Stereo Disparity which is so important for making good stereoscopic content. 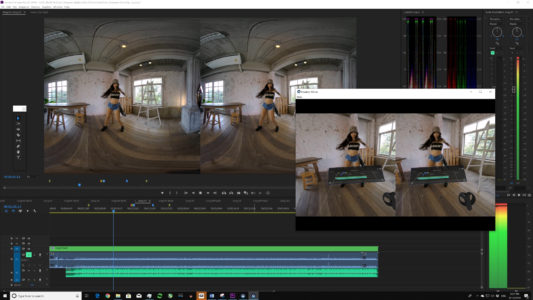 In addition, if you have your Oculus Rift or HTC Vive connected you will have 180 VR support for the Adobe Immersive Environment. Using your hand controllers you can review your work, including a virtual timeline in your headset. As your watching in your HMD, you have another fantastic tool, Spatial Markers. Using these markers, accessed with the hand controllers, you can tag parts of the video and define the markers by color and add a description by entering into “Marker Mode”. 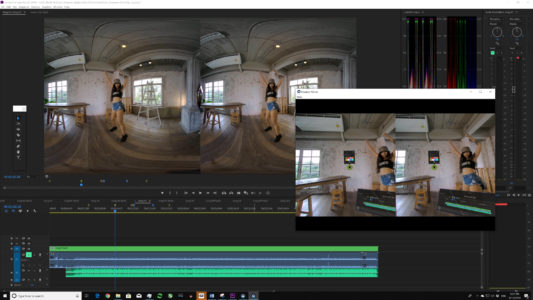 When the user enters the VR Viewer while in the source or program monitor and then selects a spatial marker, the VR Viewer will change orientation to look in the direction of the marker. 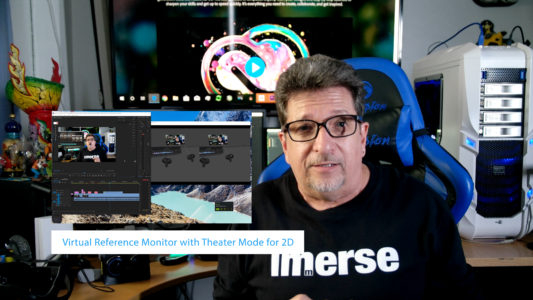 Plus you will be able to use the Adobe Immersive Environment as a virtual reference monitor you’re your  2D video as well. You’ll enter a virtual room with this “Theater Mode” and bring up the virtual timeline to review your sequence or clip, and you can also use gestures to jog shuttle. Keyboard shortcuts can be used to do simple editing operations, such as adding markers or trimming. portable reference monitor solution that works well for collaboration with a producer or director. A compatible HMD environment, including GPU is required for this feature. This virtual monitor will allow for viewing of multiple frame sizes and aspect ratios, but only progressive material. It will not work with interlaced footage since HMD’s use progressive settings. 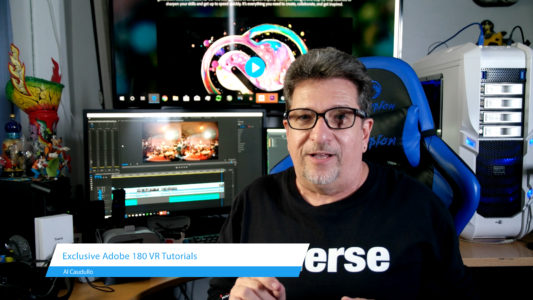 There are many new features coming but you’ll have wait a little while longer for my exclusive 180VR tutorials. Stay tuned for more details. Be sure not to miss out, subscribe today by clicking here. 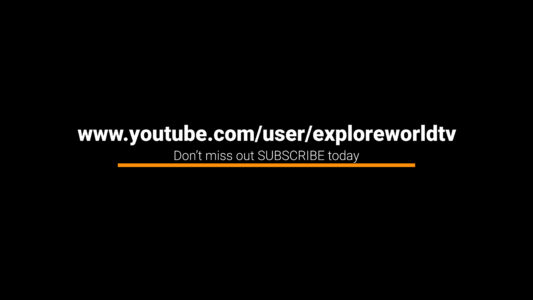