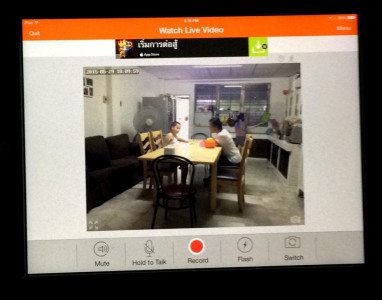 There has been so much buzz lately about using your iPhone to create professional quality videos. The GoPro has already become a Hollywood staple for action shots.  For you to accomplish a Hollywood look to your film, you need tools that facilitate the pro look.

Along comes the Motrr Galileo. Born on Kickstarter this App controlled motorized camera platform is the most unique 7 ounce camera hub accessory tool that I have ever seen. The versatility of this device is inspiring. Utilizing 16 different apps and five different cameras the device lets you compose pans, tilts, time lapse and even full panorama shots.
If you have an iPhone 4, 4S, 5, 5S or 5C, the iPhone 6, 6plus or the GoPro Hero 3, 3+ or 4, you can create amazing video using the Motrr Galileo.

In the most basic sense, Galileo is a Bluetooth controlled motorized stand that holds either your iPhone or GoPro Hero. But the Motrr Galileo is only one part of the equation. There is tremendous power in the apps that are available for it. Downloading the Motrr App is the first step. This deceivingly simple little app is your gateway to both controlling your Galileo and to the other apps that are available for it. Once installed the Motrr app reveals four selections, Apps, Joystick, D-Pad and My Galileo.
My Galileo opens to reveal the initial connection to the base. By simply twisting the device the iPhone offers to connect you to the Galileo base station. (Be sure to turn on your Bluetooth setting on your phone.) The screen communicates the battery level, Hardware Version, Firmware Version and a diagnostic test for the base. Charging is accomplished by connecting to a USB connection on either a computer or a USB charger.

Next up we see the D-Pad and Joystick. Both of these accomplish the same thing but in slightly different ways. They control the pan and tilt manual movement of the Galileo. The joystick is a touch controlled surface on your iPhone that allows you to move the Galileo in either a right to left or up to down motion.  D-Pad automates the motion of the Galileo by degrees and speed. The speed can vary from .08 to 200 degrees per second with a .16 degree angular rotation. The biggest difference between the two is that the D pad moves at a constant rate and joystick can move at variable speeds just by shifting your finger on the pad.

These two apps are designed specifically to be used with the GoPro Hero.  One note, be sure to turn on the Wi-Fi on your Hero before you put it in to the device that holds it in place on the Galileo. Once it’s in place that area is covered.  Now, if you have a second iPhone, iTouch, or iPad the fun really begins. Here’s what you can do. Connect and initialize the GoPro app on your iDevice. This will give you a streaming of you from your Hero. Next, connect to the D-Pad or Joystick controls in the Motrr app on your iPhone. Now you’re all set. Start recording using the GoPro app and control the movement of the Galileo using the D-Pad or the Joystick feature.
The D-Pad is perfect for time lapse while the joystick works wonderfully for shooting video. There is really nothing stopping you from executing the same results using two iDevices, say for instance, your iPhone and iPad.

Then there are the 16 different apps that offer everything from video security to motion controlled videography with face recognition and face identification picture snapping to a Skype videoconferencing tool that lets you look around the room. Add to that the aforementioned panorama and time lapse capabilities and you have quite an amazing bit of tech in a fantastically small package.

Let’s get into some of my favorite apps.

Everyone likes the feeling of seeing 360 degree panoramas. That feeling of being there is a forceful experience.
DMD Panorama makes it just so darn easy. Place your iPhone in the Galileo and open the app. A quick twist back and forth of the Galileo and you connect. The app knows you are connected and prompts you to touch anywhere on the screen to start the panorama. That’s it, that’s all, DMD Panorama and the Galileo do the rest. Snap, snap, snap as the Galileo completes performs a 360 degree spin, the app snaps the pictures. Once completed you can slide your finger on the touch screen in whichever direction you want to view.
Thinking outside the box can yield some fun results. My son, Willie loves the TV show, The Flash, so we staged him moving in classic Flash pose in each shot. The result is The Fastest Boy Alive. Stretch your imagination with this app and see where it can take you. 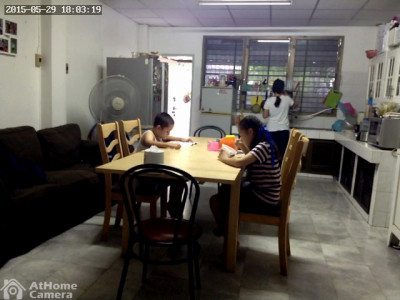 These two apps combine with any extra iDevices you own to present you with an amazing video surveillance / home monitoring system.

Here are the main features.

This one is my wife’s favorite. She was busy with clients but wanted to be able to check on the kids doing their homework. I used one of the kids’ iTouch and out it in the Galileo, installing the AtHome Streamer app. My wife used the AtHome Camera app to virtually pop whenever she wanted and was even able to talk to the kids when she wanted to.

Really, there are so many more uses for this pair of apps that I just can’t go into all of them without creating a rather weighty book on the subject. Suffice to say that these two free apps alone make the Galileo a great purchase.

All of these apps are available for your Motrr Galileo. It is truly an amazing package that has almost infinite uses. I haven’t even had time to talk about the uses with your GoPro Hero. I guess you’ll have to wait for my next report for that.