The Red Giant Collection of plugins has long been on my personal list of “Must-Have” software. So, it is with much pleasure that I help announce the new Red Giant Universe 2.1. The press release is below but I will have a hands-on review in the coming weeks. 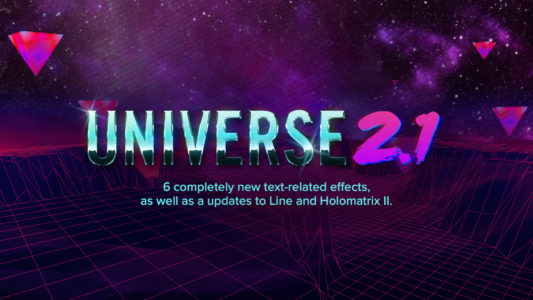 Portland, OR – May 11, 2017 – Red Giant today released Universe 2.1, an update to its collection of GPU-accelerated plugins for editors and motion graphics artists. With six brand new tools and updates to two existing plugins, Universe 2.1 delivers eye-catching text effects, enabling users to easily add unique text graphics to their projects. Whether it’s giving text a retro look a la the 1980s, adding dynamic animations to bring them on and off screen, or applying a fractal-based glowing effect, the latest additions to the Universe 2.1 library of effects has a tool for just about any artist’s needs. Red Giant Universe offers more than 65 tools (and counting) that run in Adobe® Premiere® Pro CC, Adobe® After Effects® CC, Apple Final Cut Pro X, Apple Motion, Blackmagic DaVinci Resolve, HitFilm and Magix Vegas Pro.

“Universe continues to be our fastest growing product line and has seen a massive level of adoption since the release of version 2.0,” said Red Giant CEO Chad Bechert. “We’ve really enjoyed watching our Universe customers create some amazing things in everything from film to broadcast to YouTube. We’re proud that we’ve been able to get these powerful and affordable tools into the hands of so many talented editors and motion graphics artists, who use them in their work, every day.” 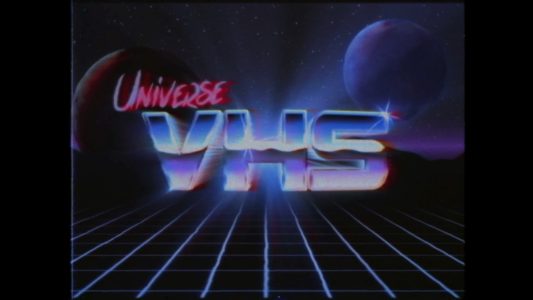 Existing Tools Get a Refresh

Line: This update adds the ability to add text at the start and endpoint of a line – great for labeling travel departure and arrival points, start and end dates, and other informational details.
Holomatrix II: Based on effects popularized by the legendary “Star Wars” franchise and major motion picture films like “The Hunger Games,” this tool now includes blurred, chromatic distortions, a new strobe effect and much more.
As Seen on TV
Red Giant Universe has been used on “Saturday Night Live,” “Portlandia,” “Documentary Now,” “Kung Fury,” and much more.

How to Purchase
Universe is available as an annual subscription ($99/year) or as a monthly subscription ($20/month). New Red Giant Universe customers can purchase a subscription or download a free trial at http://redgiant.com/universe.

The Red Pledge
Red Pledge is Red Giant’s commitment to customer happiness, with no purchasing hassles. Learn about the Red Pledge guarantee at www.redgiant.com/redpledge/.

About Red Giant
Red Giant is a software company made up of talented artists and technologists who collaborate to create unique tools for filmmakers, editors, VFX artists, and motion designers. Our company culture is focused on finding balance between work and life – we call it “the double bottom line” – this philosophy helps us ignore complexity in favor of building simple tools that yield giant results. Over the last decade, our products (like Magic Bullet, Trapcode and PluralEyes) have become the standard in film and broadcast post-production. With over 200,000 users, it’s nearly impossible to watch 20 minutes of TV without seeing our software in use. From our experiences as artists and filmmakers, we aspire to not only provide tools for artists, but inspiration as well. Watch our films, learn from over 200 free tutorials, or try our software at www.redgiant.com.