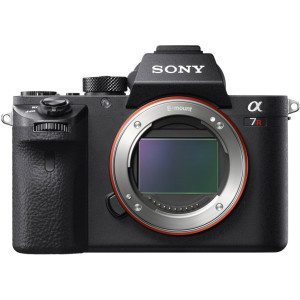 While most are raving about the new Sony a7RII as if it’s the second coming, I found a story that I think reveals more about what the camera doesn’t have. By now you have probably heard about the overheating problem when recording more than 15 minutes of 4K recording. So as far as long term shooting events, forget about it!

Now this article has surfaced that goes into the fact that the camera only shoots 8-bit 4:2:0 internal and 8-bit 4:2:2 external. Which incidentally, is the same spec that the Samsung NX1 delivers at less than half the price.

The Editorial was posted by Jaron Schneider on FotoCare.

It is an interesting read and for those who want to look deeper than the Sony fanboys want to go, it is informative.

“For video guys who like to remain light weight, both the Sony a7S and the Panasonic GH4 are common options. Other choices are cameras like the Blackmagic Pocket Cinema Camera, but it’s inability to do 4K and the low battery life have sort of pushed it out of the same use cases as you’ll see with the Sony or the Panasonic. After the launch of the a7r II, another Sony camera which arguably lets you get even more compact with your shooting setup with the built-in 4K, became an option. For purchasers, this leads to a complicated process of tabling the features and comparing the Sony cameras to the GH4. Eventually you land on the slow motion shooting capabilities of the GH4 and you might be asking yourself… why can’t the Sony shoot at 96 frames per second?

Similarly, why is it that the Sony a7R II is also limited to 8 bit 420 internal, and 8 bit 422 external recording? Why can’t it do 10 bit, which would be amazing especially paired with Sony’s LOG recording option?…”

The rest of the story…