When you need the shot, you sometimes have to do things that you don’t really want to do. Like, recently when I was shooting in from a boat in the waters of the Mergui Archipelago in Myanmar. 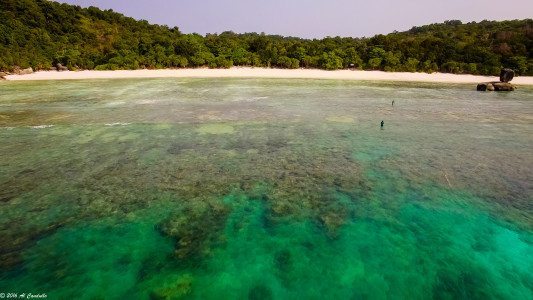 For 5 days we had multiple drone shots planned for each day. And each day I worried that the drone would go down into the water. We had a second drone along for the ride, just in case.  But, thankfully, we never needed it. 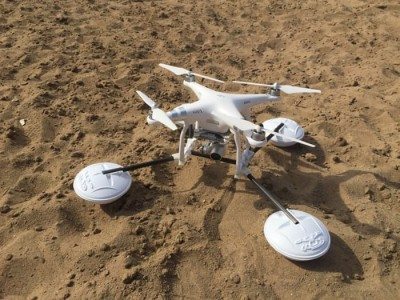 It certainly would have made me rest easier if I had one of these Waterstrider’s attached to the DJI Phantom. In fact, I can think of a few very interesting shots that we could have gotten if we had one of these. And at only a pledge of $139, sorry make that $179 the other package is all gone, it’s a very cheap insurance policy.

If you want one of your own go to this Kickstarter page and get onboard with one. 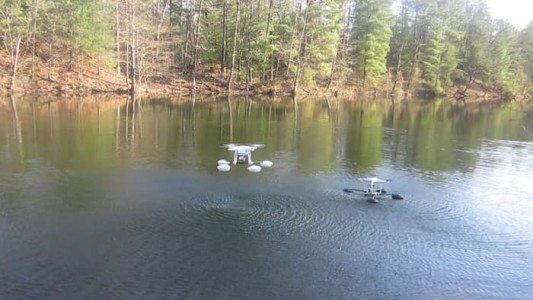 Here is the press release about the Waterstrider.

Unmanned aerial vehicles (UAV), or drones, are one of the hottest new products on the market for both hobbyists and businesses. However, one of the shortcomings of the drone is its inability to land on water and other varied terrain. DroneRafts LLC has developed the Patent Pending WaterStrider™ which bridges the gap between land and water; allowing operators to take their UAV wherever they want to go and liberating them from the concern of where to land.
WaterStrider™ is a multi-terrain landing gear system for unmanned aircraft. Designed to fit the DJI Phantom 3® (all variants) and the DJI Phantom 2® (all variants), the WaterStrider™ easily interfaces with the standard landing gear, enabling the Phantom to takeoff and land from almost anywhere.
“WaterStrider™ offers existing drone users the ability to dramatically expand their capabilities for completely new uses. We think hobbyists and professionals alike will be able to enjoy and use their drones more in places like pools, lakes, beaches, and even ski slopes.” -David Moser, Co-Founder DroneRafts LLC
DroneRafts has created a Kickstarter campaign in order to raise funding for manufacturing. With the design complete and test flying done, the group is ready to begin producing WaterStrider™ in quantity. In order to do that, more robust tooling and equipment must be purchased. Go to https://goo.gl/ucHryN to see the Kickstarter campaign.
“Kickstarter is a natural incubator for drone-related startups and being drone enthusiasts and entrepreneurs ourselves, we are huge supporters for breaking through on Kickstarter. A Kickstarter campaign debut was a perfect fit when considering how to launch the WaterStrider™.”-Zacheriah Cole, Co-founder DroneRafts LLC
WaterStrider™ will be making it’s physical debut at AUVSI’s XPONENTIAL 2016 in New Orleans from May 2-5, 2016. DroneRafts will be at booth 1816 in the Start-Up Pavilion. All three founders will be on-hand to answer questions.
In 2015 David Moser, Zacheriah Cole, and Adam Morrison realized that the drone world would be even better if they could land on water, so they decided to design just such a landing system. The entrepreneurs and mechanical engineers met over a decade earlier at Rose-Hulman Institute of Technology. A shared love of taking things apart and making them better brought them together again to create WaterStrider™.
The Phantom 3®, Phantom 2®, and all their variants, are owned by DJI. DroneRafts, LLC is not affiliated in any way with DJI.

2 comments on “Stop Your DJI Phantom From Sinking”