Much has been written about GoPro’s second venture into 360 video cameras. The first, the Omni, a six camera spherical solution was heralded as the first true professional 360 camera with the ability to sync all six cameras together. Since GoPro has fallen on hard times, the introduction of the Hero 6 and the Fusion 360 camera have been put squarely in the spotlight as the possible make-it or break-it cameras for GoPro.

But alas, a Hero is a Hero is a Hero. And many aren’t feeling like GoPro has made a big enough departure from its standard fare of Hero cameras. Whether that is deserved or not, perception is reality. So the weight of the company seems balanced squarely on the shoulders of the GoPro Fusion.

In a story on Motley Fool,  by Harsh Chauhan, he states, https://www.fool.com/investing/2017/10/28/what-to-expect-from-gopros-q3-results.aspx

“GoPro has smartly priced its recently launched Fusion 360 camera, significantly undercutting rival products from Kodak and Garmin that carry price tags of $899 and $799, respectively. This situation sets GoPro on its way to make a dent in the fast-growing 360-degree camera market that’s expected to grow at 34% annually over the next seven years.”

Believes that, “Bad news for faithful GoPro (GPRO) investors who were counting on the soon-to-be-launched Fusion 360 virtual reality camera to rekindle the stock’s recent rebound effort. Nokia (NOK) which makes a competing VR camera called the Ozo, has halted the development of the device due to lack of demand. In simplest terms, the virtual reality market just isn’t becoming what it was supposed to be at this point.”

But GoPro has hedged their bet by distributing the Fusion in the “Pilot Program” to notable companies like Fox Sports, USA Today, Getty Images and Accuweather to show off what the little 360 camera can do. 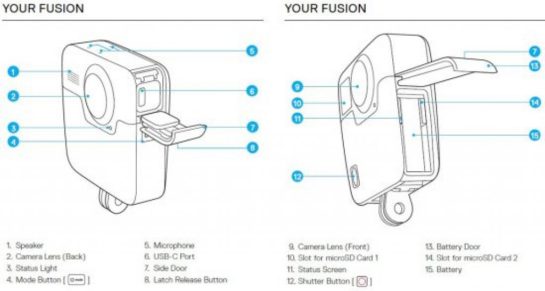 Here is what we know about what could be the biggest 360 camera launch to date.

So that’s what we know for now. The real world testing begins when you get a Fusion in your hands and start shooting. Will it live up to the hype and expectations or…???

In the meantime, enjoy these samples that have made it out online so far.