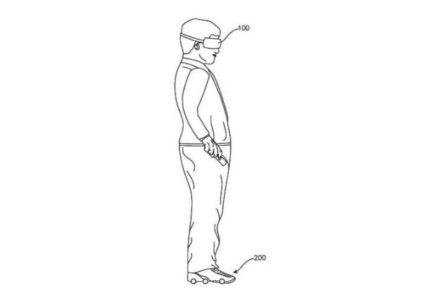 Virtual reality can be an immersive experience, but it does sometimes have some limits. Google, though, has patented shoes which can break through virtual reality by making it more enveloping for consumers.

The patent, originally filed on May 9, 2018, details shoes for helping users move through virtual environments. The shoewear mentioned in Google’s filing could be motorized, with a flexible region on the bottom, and a sensor for which a computer or headset can track to create an endless movement in the virtual world.

Google’s patent also provides several explanations of how the motor system on board the shows would work. The motor would apparently provide power to a separate locomotion device, which can then, in turn, move a belt on the shoewear that will force movements to stop once the user enters a specific distance or breaks a boundary.

Google is not the only company which is looking into changing the way consumers interact with virtual reality. There was a previous project from a research group which involved tricking the brain to solve the infinite walking program posed with VR headsets.