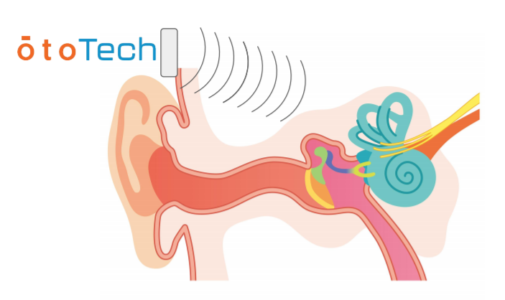 According to research published by ScienceNews, roughly 25% to 45% of users report some form of motion sickness while engaged in a virtual reality experience.

While the potential causes of this discomfort are still under debate, it’s clear that VR-induced sickness is an ongoing concern within the industry.

As a result, multiple researchers and organizations have begun developing solutions to help combat nausea while immersed. One such individual, Samuel Owen of Otolith Labs,

has engineered his own potential fix in the form of a prototype device that uses a series of small vibrations to alter the manner in which the brain processes the fact that the body is in motion. This, in turn, blocks the root cause of motion sickness.

Referred to as the OtoTech from Otolith Labs, the prototype device is a highly accurate bone conduction transducer that sits behind the users ear via a light headband. OtoTech works by emitting a consistent series of “noninformative stimuli” to the vestibular system.

Basically, the device produces enough white noise to distract the balance portion of your brain from noticing the fact that you’re moving in the experience.

While many other devices are designed to treat the symptoms of motion sickness, OtoTech goes after the actual cause.

“Two [of the four vestibulocochlear nerve fibers] go to the brain, two go to your reflexes,” says Owen according to Defense One.