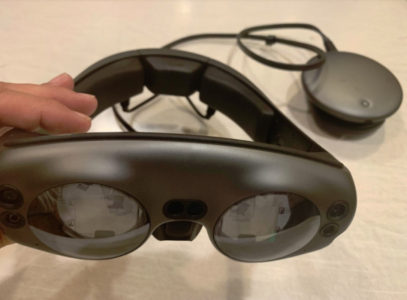 Magic Leap outed its Magic Leap One Creator Edition augmented reality glasses in a big way last month at its Magic Leap L.E.A.P. conference in Los Angeles, and today the company is announcing details of its independent rear funding program.

Rio Caraeff, the chief content officer at Plantation, Florida-based Magic Leap, said in an interview with GamesBeat that the global Magic Leap Independent Creator Program will focus on independent developers who head teams that are less than 10 or 20 people.

These individual creators can apply for project grants ranging in size from $20,000 to $500,000 per team during the next 30 days. Magic Leap will screen the applications and decide how much to give in terms of hardware, financial support, marketing, or development and engineering assistance.

“We are not asking for any exclusivity at all,” Caraeff said, echoing the theme that the company wants its platform to be diverse and open. “The only obligation is that they ship something to the Magic Leap World Store within a certain time frame.”

Caraeff said he is not saying an exact number for how much the company will spend overall on the program. When pressed, he said it will be more than eight figures, or more than $10 million, on the cash contribution part of the program itself. That doesn’t include the other in-kind contributions.

Developers have to articulate their pitch for an app that makes use of the uniqueness of the Magic Leap glasses, which can overlay digital animations and imagery on top of the real world.