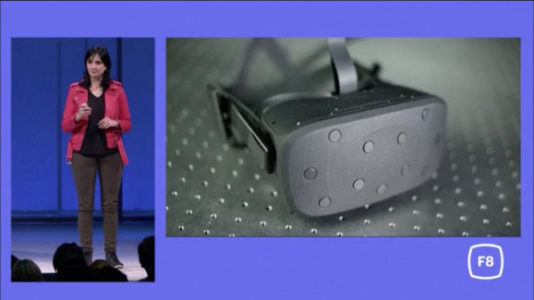 As reported earlier today, Oculus co-founder Brendan Iribe announced that he’s leaving the company, the latest in a string of executive-level departures from Facebook. But despite a report claiming that Iribe quit over Facebook’s decision to cancel “Rift 2,” a company spokesperson confirmed to VentureBeat that a next-generation Oculus Rift headset is still in the works.

The allegation of Rift 2’s cancellation first appeared in a report from TechCrunch, which claimed that Facebook’s executive team shut down the next-generation PC VR headset’s development last week to focus on standalone headsets that don’t require either a smartphone or PC to generate their graphics. According to the report, Facebook’s decision to kill Rift 2 was the latest element in a debate over the “future of Oculus that grew deeper over time.”

However, Oculus disputed this account when contacted for comment, and said that the company is still “planning a future version of Rift.” At September’s Oculus Connect 5 developers conference, the company laid out plans to support the continued evolution of three separate VR platforms: the low-end standalone Go, the midrange standalone Quest, and the high-end tethered Rift. As Mark Zuckerberg noted, “when we release the next version of Rift — which isn’t this year — all of the content that works for Rift will also work on the next version.”

Oculus expanded upon this in an emailed response. “[W]e aren’t quite ready to talk about the next version of Rift,” a spokesperson told us, “but PC VR is still a category we are investing in. It’s still a part of our strategy — we’re continuing work across product and content and you’ll see this manifest next year. Additionally, Nate continues to lead the Rift/PC team and there are no changes there.”

Whether that’s a full-fledged denial or not depends on your perspective. It’s possible that Iribe was working on one vision for a next-generation Rift 2 that was nixed in favor of something simpler. The disputed report said that “Iribe wasn’t interested in a ‘race to the bottom’ in terms of performance,” suggesting that his vision for next-generation hardware was a major leap forward, as the original Rift.

Faced with forecasts suggesting that VR’s next wave of growth will come from standalone and PC-tethered headsets, VR platform makers have struggled with whether to focus their attention on midrange or high-end devices. Oculus has publicly announced its development of varifocal display technologies, wider fields of view, and more sophisticated tracking hardware, all of which would likely add to the expense of producing a second-generation PC VR headset.

If Rift 2 was canceled, there would be major questions as to what type of products would be the beneficiaries of these higher-end technologies, as well as when they might appear, as Go was just released this year and Quest is due to launch in early 2019. But Oculus has confirmed that PC virtual reality remains part of its future product roadmap and that the company intends to use “much of what Iribe’s team has been working on” in future products. We’ll have to see if one of them is an actual sequel to Rift 2, but as of now, we’ll take that “manifest next year” language seriously.