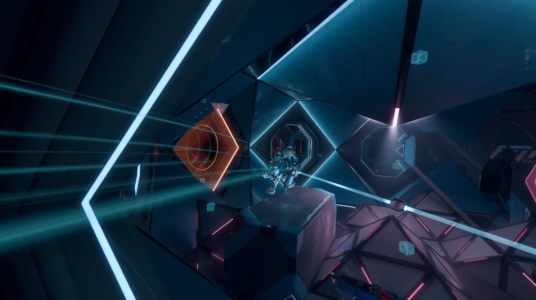 Though often overlooked under the shadow of its more popular multiplayer sibling Echo Arena, Lone Echo was still a solid virtual reality (VR) sci-fi adventure, popular enough to spawn not only two multiplayer spin-offs but also an upcoming sequel. Developer Ready at Dawn spoke about some of what players can expect from Echo Combat and Lone Echo II at Oculus Connect 5. Ready at Dawn CEO Ru Weerasuriya spoke with Nina of VRFocus at Oculus Connect 5, talking about the genesis of Echo Combat and Lone Echo II and giving some hints as to what is coming next in that universe.  Weerasuriya began by explaining how Lone Echo first came about as the result of a partnership between Ready at Dawn and Oculus, a collaboration which has now been going on for four years: “We started off with the idea of changing how VR games work, not only narratively, but mechanically. That’s what really spawned Lone Echo and Echo Arena.” “We’re showing Echo Combat here with a new mode,” Weerasuriya continued, “but our big reveal for OC5 is the next chapter of the Lone Echo story with Lone Echo II.” Echo Combat was showcased at Oculus Connect 5 with a new map and a new mode, “The first map is payload, which is two teams vying to win. One to defend a position and one to attack the position as it moves from point to point. The new model we’re putting in is Capture Point. The capture point is about holding a certain spot in the map for the longest time possible. Again, its two teams playing against each other.” “It’s a way to show a different face of Echo Combat. It shows there’s more to Echo Combat than just shooting. The whole point of a social game is about finding a team, finding friends and playing with each other.”