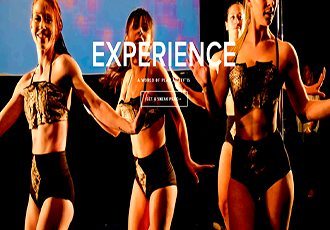 LOS ANGELES (JULY 21, 2015) – The world’s first Virtual Reality Festival (VRF) has partnered with the TOPANGA FILM FESTIVAL (TFF’15) to feature a VR lounge on Saturday, August 1st and
Sunday, August 2nd to highlight this year’s theme, “Technology at Play.” The VR Lounge will be open from Noon to 8:30pm on Saturday and from Noon to 6pm on Sunday. This cutting-edge, immersive entertainment technology experience presented by 3opolis, will feature a myriad of experiences where guests can interact with state of the art VR displays and content demonstrations provided by some of the world’s leading purveyors.

On Saturday, August 1ST from 4pm to 5pm the Topanga Film Institute will present a roundtable discussion, “New Horizions – Exploring Storytelling in Virtual Reality.” Panelists for the discussion are: MATTHEW GRATZNER of NEW DEAL STUDIOS, ZACHARY RICHTER of VRSE, NANCY BENNET of TWO BIT CIRCUS, ERIC HANSON of XREZ STUDIOS AND ANDERS HJEMDAHL of HYPNOSIS INTERACTIVE. Among the topics covered will be how does VR shape the stories we tell and what is relevant from other forms of storytelling.

Other highlights of this year’s event include screenings of experimental films, music videos and 3D short films. Aerial performers will entertain crowds in the big top screening tent.

Signatures such as the live silk screening station and wandering minstrels performing acoustic music will once again return to delight film festival attendees.

The Virtual Reality Festival is a program of the 3D Film Festival (3DFF), now in its 8th season. 3DFF is the world’s first and largest all digital 3D Film, Music and Interactive Festival Program. Since its inception in 2008, 3DFF has reached millions of live event attendees through its touring and tent pole events, which have been executed around the world in cities throughout Europe, North America, South America and Asia. Produced by 3opolis LLC,
a Las Vegas based technology company and the world leader in 3D live events, the 3D Film Festival is proud to announce the advent of two new cutting edge programs including the world’s first 4D Film Festival and the new Virtual Reality Festival Program both of which hosted first annual tent pole events in 2014. For more information please visit them online at http://www.3DFF.org or http://www.facebook.com/virtualrealityfestival

The Topanga Film Festival, a program of the Topanga Film Institute, is now in its 11th year.
The TFF is held annually in July. It is a multi-day event proving a platform for filmmakers and storytellers to share work that celebrates artistic expression, facilitates dialogue, explores innovation and inspires action. Topanga Canyon is a stone’s throw from Hollywood yet worlds removed. It is historically, geographically and philosophically situated to gather today’s most forward-thinking individuals in mainstream and alternative media to share human and intellectual resources through frequent salons, panels, seminars, screenings,  mentorship programs and networkIng opportunities.