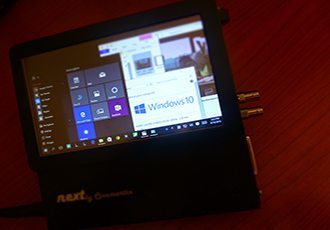 NEXT can be used as a DIT and can record video at up to 4K at 4:4:4 uncompressed. It also allows you to capture at lower resolutions 1080p, 720p and SD PAL or NSTC. Now packed,too, with SDI and HDMI input and outputs, supporting all the professional cameras from Sony, Panasonic, Canon, JVC, AJA, Blackmagic, Kinefinity and more.

And now with Windows 10, it allow users to take benefit of the new O.S. from Redmont, Microsoft Windows 10 Pro 64-bit, featuring a lot of great new features (including but not limited to) a new video media player, edge and new abilities for easy sharing and sending of recorded files to a wider media & locations.

NEXT comes with integrated storage from 500GB to 1TB but users can add any external drive via one of its usb 3.0 ports with SSD.

As of now, NEXT, is the world only capable & supporting True Uncompressed video recording device, same width as the Atomos Shogun or Convergent Design 7Q, but featuring a computer too, uncompressed recording, Masters also in Motion-Jpg and DPX up to 12Bit, 4:2:2 and 4:4:4, with deliveries available in Prores and HEVC H.265, being the world first supporting video input from almost any professional cameras & ports; SDI, HDMI, USB and now GigaEthernet too. 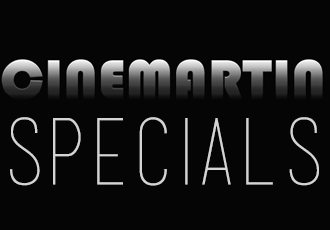 being the world first featuring a built-in computer running intel 64 Bit Core processor’s, with a Partial Buffer – RAM of 16 GB or 24 GB and a integrated SSD of 500 GB or 1000 GB for about 3 grands. It fully supports Adobe Premiere CC 2015 as well as After Effects CC 2015 as well as a lot of other apps; for streaming, share, upload and send, backup, etc .. and it is really a fast machine, fully portable consuming only 29W (15W TDP), that can battery 12V std. be powered and run for 3 – 5 hours, or more with sleep mode activated.