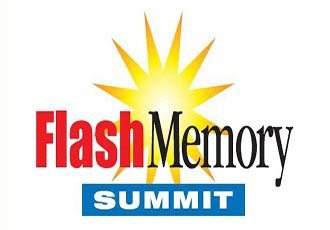 Santa Clara, CA – July 30. 2015 – Independent filmmakers and industry executives will discuss the growing challenge for independent filmmakers to economically, easily and reliably capture, store and distribute their content during the Flash Memory Summit (FMS) 2015 “New Hollywood” session. The session, which is part of the Summit’s special M&E Day, will be held August 11 at 3:15 p.m. at the Santa Clara Convention Center.

In describing the event, session moderator and computer industry maven Mike Mihalik noted that economical and easy-to-use 4K capture/production hardware and software available is being widely used by studio and professional  filmmakers who are  producing entertainment and documentaries for OTT (over the air) use as well as on emerging distribution channels such as YouTube, Vimeo, and others that appeal to independent producers. “Thousands of individuals and small groups are creating spectacular 4K content that begins and stays digital,” Mihalik explained.  “They quickly realize that the volume of content grows very rapidly and they need an organized mix of storage-—high-speed and high-capacity—solutions to keep all of their data safe, secure and available.”

Commenting on the size of the market, Mihalik pointed out that independent filmmakers may work alone but there are millions of them. “Solid state and hard drives are their biggest expense, because even on a small project, “filmmakers will often capture terabytes of raw video everyday,” he explained.

The number of independent filmmakers is growing and their talents are being honed because of low-cost 4K cameras, inexpensive/easy-to-use production tools and powerful desktop/notebook systems.  Their challenge isn’t just storing their content but managing, controlling, tracking and protecting it.

During the session:
–       May will give an overview of the rapid rise in feature-rich 4K cameras for video projects that capture higher resolutions, frame rates and pixel depth.
–       Eisen will explore his recent documentary projects that captured about 10GB/min and the data management, production workflow, tools he uses.
–       O’Connor will discuss film production’s trend using today’s Thunderbolt 2 , high-capacity hardware and software RAID to save/protect 100 percent of every frame.
–       Cullie will outline recent fast-turnaround projects that required capturing and producing huge volumes of data and how they create a challenge for the independent filmmaker.
–       Stansfield will explore new workflows with solid state storage and solid technology.

The special one-day open M&E sessions will bring  together influential digital storage providers, equipment and software manufacturers and media and entertainment end users to explore and explain the growing demands for filmmakers and what they need from storage and solution providers to economically, reliably meet their requirements.  The session is one of four of the special sessions that will be open to registered attendees at no cost on August 11 at the Santa Clara Convention Center.

For more information on the 3:15 p.m. discussion and all of the seminars and sessions, visit http://www.flashmemorysummit.com/English/Conference/Seminar_Session_Descriptions.html.

The M&E sessions and all open sessions are available to interested parties on a complimentary basis when they sign-up online at https://www.expotracshows.com/flash-memory/2015/ using the secret code – FM15WBS.

The August 11–13 sessions are part of the Flash Memory Summit’s expanded program that offers information on key technologies, applications, storage advances and innovations including enterprise and IT (information technology) applications.

Now in its tenth year, FMS showcases the mainstream applications, key technologies, and leading vendors that are driving the multi-billion dollar non-volatile memory and SSD markets. The world’s largest storage event features trends, innovations and influencers driving the adoption of flash memory in enterprise applications, as well as in smartphones, tablets, entertainment and personal/business solutions.