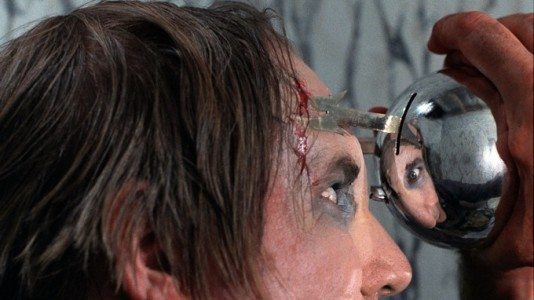 J.J. Abrams is a big fan of Don Coscarelli‘s horror cult classic Phantasm. He’s such a big fan of it, in fact, that he even pays tribute to it in Star Wars: The Force Awakens — Phasma, the “Chrome Trooper” played by Gwendoline Christie, is named after the 1979 movie.

And his love for the film doesn’t stop there. We’ve now learned that Abrams’ company Bad Robot has secretly overseen a 4K restoration of Phantasm from the original camera negative. Noted Coscarelli: “Star Wars isn’t the only ’70s franchise he’s rejuvenating this year!” 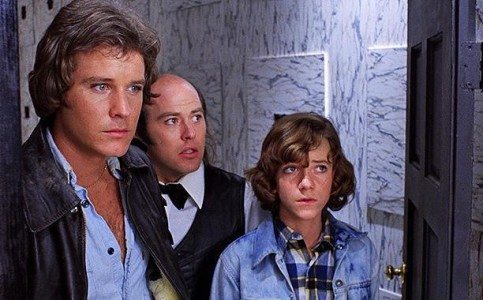 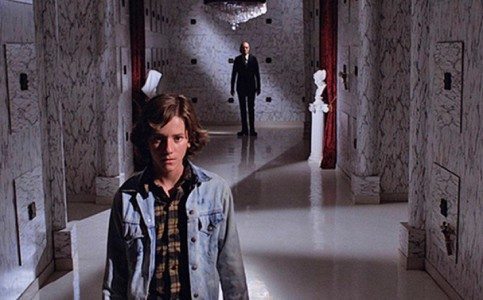 AICN broke news of the Phantasm 4K restoration, and shared some stills to show us what’s in store.

Abrams explained the Star Wars Phantasm homage earlier this year. “Phasma I named because of the amazing chrome design that came from Michael Kaplan’s wardrobe team,” he revealed. “It reminded me of the ball in Phantasm, and I just thought, Phasma sounds really cool.” Speaking with EW, Coscarelli called that reference “fantastic.”

He also offered more details on the Phantasm 4K restoration. In addition to a sharper picture, he revealed, fans can additionally look forward to “a brand-new 5.1 audio soundtrack.” While the restoration isn’t finished quite yet, Coscarelli expects it will be done “in the next month or so,” and headed to theaters in the first or second quarter of 2016. “It plays so beautifully up on the big screen,” he said. “So, yeah, we’ve been talking to a number of people.” And there’ll “absolutely” be a DVD and Blu-ray release as well.

We’ll be keeping an eye out for more specific information on Phantasm‘s theatrical and home video re-releases, but for now, it’s just nice to know a beautiful new restoration is out there. In the meantime, Coscarelli is still plugging away at the fifth installment of the series, Phantasm V: Ravager, which he had to put aside to help with the Phantasm restoration. But that’s almost done, too, and should be opening sometime next year. Simply put, if you’re as into Phantasm as Abrams is, 2016 is gonna be a great year for you.

Read the rest of Coscarelli’s interview, where he discusses how Abrams got involved with the restoration and the “bizarre connection” between Star Wars and Phantasm, at EW.