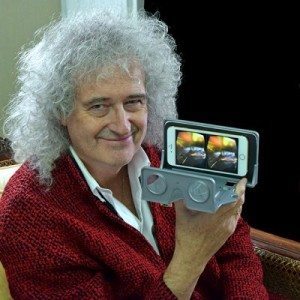 Brian May could be called the consummate renaissance man of the century. Rockstar frontman for Queen, a doctor in Astrophysics, math teacher and avid 3D and VR expert. If all that wasn’t enough, Dr. May has come out with a smarter version of a 3D VR device. The Owl is a variation on Google cardboard, which by the way, is a variation on Holmes Stereoscope from the 1900’s. 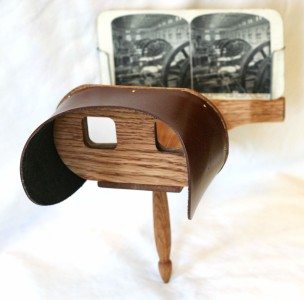 Brian May’s Owl allows you to place almost any smartphone into the Owl, open your favorite VR Player or any SBS 3D image and that’s it, you’re ready to watch. A very creative part of the design is that you can easily access the controls with your fingers. Most VR headsets require you to either awkwardly reach in or use your eyes to point at a target to control the device. 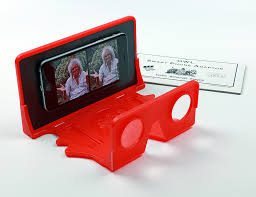 To order one simply go to The London Stereoscopic Company and order online. Of course, you can also order some Queen Stereographic cards, along with a host of other stereo cards for alternatives to popping your smartphone into place.

Asked about the challenges of Vr video, Brian says: “Telling a story in VR is a challenge. You can miss a lot, as in real life. It’s a very young technology, and there’s a fantastic amount of room for people to use their ingenuity to create experiences.” He went on to say, “It’s a way of educating people like never before…”

“You can put people in a situation they would never otherwise be in. You could be an astronaut flying in space.” A prominent animal rights campaigner, May also suggested that “You can experience, for instance, being an animal, being hunted.”

“I think ultimately virtual reality will change the world,” said May, “because you’ll be able to build exactly what you want and have everything in [the virtual world] that you love and cherish, and you will feel like you can touch and you can hear and you can interact with them.”