Trapcode 13 has exploded onto the scene giving you the ability to generate state of the art VFX and motion graphics. Designed to compliment your workflow in After Effects, Trapcode 13 realizes product updates to Trapcode Particular, Shine and Mir. Plus in this release Red Giant has introduced Trapcode Tao. This amazing new plugin generates custom 3D geometries along a path. New features have been added to Trapcode Form, Sound Keys and Starglow.

“Trapcode plug-ins are a standard in post houses across the world, and are voted the most essential tools for After Effects users every year,” comments Aharon Rabinowitz, Red Giant’s head of marketing. “We’re proud of how passionate our customers are about tools like Particular, Mir and Shine, and we are thrilled to bring users new and more creative ways to use them in their work. For the first time ever, particle systems can be built visually, light rays can react to the 3D camera, and 3D surfaces and wireframes can be looped for dynamic motion graphics. With Trapcode Tao, we’re bringing the ability to generate amazing, procedurally-generated 3D ribbons and geometric shapes to After Effects, something every motion graphics artist will discover they can’t live without.”

“I’m very excited about this release, and I’m especially thrilled to see what all the amazing Trapcode users will create with the new Trapcode Tao plug-in,” says Peder Norrby, creator of Red Giant’s Trapcode Suite. “I feel proud of what we have accomplished with this release, and I can’t wait to see all the hard work pay off in terms of users creating new cool stuff with these tools.”

Offering a more creative and intuitive way to build and customize particle effects, Trapcode Particular’s new Effects Builder lets artists drag and drop blocks of particle behaviors and styles, and includes a built-in instant preview window for immediate feedback. In addition to the massive library of Sprites, users can choose from more than 130 new presets to help kick off any project. Instantly create flames, spaceflight, fireworks, explosions, smoke and more with tools to customize just about every detail. For existing users who prefer to work with particle effects the old-school way, Trapcode Particular 2.5 includes its standard After Effects user interface.

“The new Particular 2.5 Effects Builder will help de-mystify the plug-in and provide an easy way to create complex effects,” states Norrby. “The interactive preview is very useful for getting a sense of how Particles react when the emitter is moved, while the new presets and Sprite gallery provide so many creative options.”
The complete list of new features and enhancements in Trapcode Particular 2.5 includes:

The complete list of new features and enhancements in Trapcode Shine 2 includes:

Also getting a major upgrade, Trapcode Mir 2 adds a number of new ways to create and customize dynamic 3D surfaces, such as the ability to spiralize the mesh or deform the surface with spiral rotations. Create seamless looping fractal-based backgrounds, add a second-pass wireframe to create grid overlays on terrains and other surfaces, and choose between quad or triangle-based polygons for a surface.

The complete list of new features and enhancements in Trapcode Mir 2 includes:

Trapcode Sound Keys, Starglow and Form updates, which are free to existing users, include:

Updates to Trapcode Sound Keys, Starglow and Form 2 are free to current users and can be downloaded through Red Giant Link.

Trapcode Suite in Hollywood, on Broadway and on Tour with Zedd

Red Giant Trapcode Suite plug-ins are used by motion graphics artists around the world, including Mike Winkelmann of Beeple, who used Red Giant tools including Trapcode Particular to create a world of graphics for Russian-German DJ Zedd’s upcoming fall tour, and by Finn Ross, video designer for the award-winning Broadway play, The Curious Incident of the Dog in the Night-Time. Plug-ins from Trapcode Suite are also indispensable at Territory Studio, the creative agency behind the beautiful screen/UI graphics for big budget Hollywood films like The Martian and Avengers: Age of Ultron.

Trapcode Suite 13 is available today and can be purchased for $999 ($199 upgrade) through Red Giant. Customers can purchase individual products or the entire Trapcode Suite 13. Complete pricing info available at www.redgiant.com/products/trapcode-suite.

Customers interested in 5 or more licenses of Trapcode Suite are eligible for our Volume Program, which offers great pricing and many other advantages. Learn more at www.redgiant.com/vlp.

Members of the media are invited to review any and all tools from the Trapcode Suite 13. For more information, please email Anya Nelson at anya@zazilmediagroup.com.

Red Pledge is Red Giant commitment to customer happiness, with no purchasing hassles. Learn about the Red Pledge guarantee at www.redgiant.com/redpledge/.

Red Giant is a software company made up of talented artists and technologists who collaborate to create unique tools for filmmakers, editors, VFX artists, and motion designers. Our company culture is focused on finding balance between work and life – we call it “the double bottom line” – this philosophy helps us ignore complexity in favor of building simple tools that yield giant results. Over the last decade, our products (like Magic Bullet and Trapcode) have become the standard in film and broadcast post-production. With over 200,000 users, it’s nearly impossible to watch 20 minutes of TV without seeing our software in use. From our experiences as artists and filmmakers, we aspire to not only provide tools for artists, but inspiration as well. Watch our films, learn from over 200 free tutorials, or try our software at www.redgiant.com. 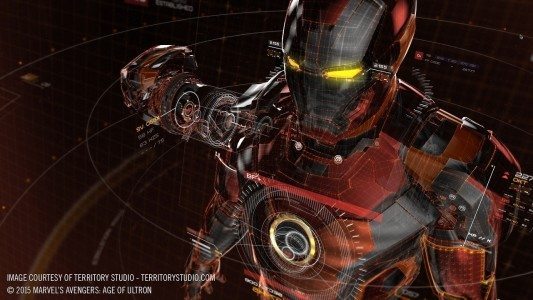