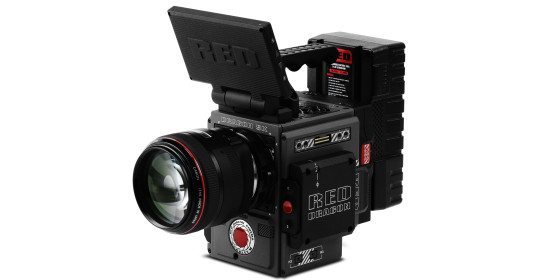 RED is on a roll. First with the new RED RAVEN and now with newer than new SCARLET-W. They are now covering every market segment from medium  to ultra high. The Scarlet-W also features the amazing upgradability factor that has been built into every camera that they have produced. Below is the press release. 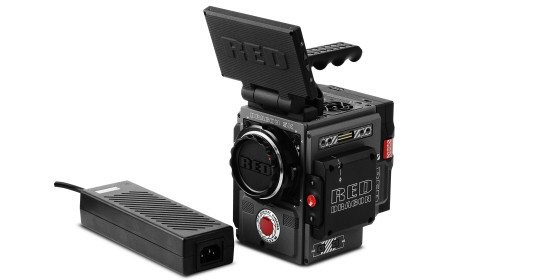 IRVINE, CA – December 10, 2015. Today, RED Digital Cinema unveiled the latest addition to its line of professional cameras, the SCARLET-W. Joining the RED RAVEN™ and WEAPON® in the latest generation of RED cameras, the SCARLET-W is a versatile, feature-rich, and intuitive option for professional shooters. SCARLET-W offers a RED DRAGON sensor, interchangeable lens mounts, simultaneous recording in REDCODE® RAW and Apple ProRes formats, an intelligent OLPF system, and in-camera 3D-LUT outputs. At just $9,950 for the camera BRAIN® and $14,500 for the complete Base I/O V-Lock Package, SCARLET-W delivers unparalleled flexibility, accessibility and performance.
SCARLET-W captures 5K at 60 frames per second (fps), 4K at 150 fps, or 2K at 300 fps with REDCODE RAW; and its wide dynamic range produces cinema-quality images rich with natural color. SCARLET-W also offers an upgrade path to WEAPON and uses the DSMC2™ line of accessories—compatible with both RED RAVEN and WEAPON cameras—giving shooters the option to move between camera systems without having to purchase all new gear.
“When we began shipping the 4K RED ONE in 2007, it did nothing short of disrupting the camera industry with an unheard of blend of performance and price,” says Jarred Land, President of Red Digital Cinema. “And we are doing it again—meet the 5K SCARLET-W. It is a perfect storm of image quality, intuitive design, and accessibility.”
SCARLET-W comes on the heels of the recent 4.5K RED RAVEN announcement, and is the latest example of RED’s ongoing commitment to the belief that cinema-quality creative tools should not be in the hands of a few—they should be available to a wide spectrum of content creators. RED RAVEN is RED’s most compact and lightweight camera priced at $5,950 for the BRAIN only, with full packages starting at $9,750. Customers that have placed RED RAVEN pre-orders can easily change to a SCARLET-W pre-order.
SCARLET-W is estimated to begin shipping in February 2016, and deposits will be accepted beginning today. Customers will be given a choice of purchasing the BRAIN only to build a kit that best fits their needs or choosing the SCARLET-W Base I/O V-Lock Package, which offers everything content creators need to start taking their productions to the next level.