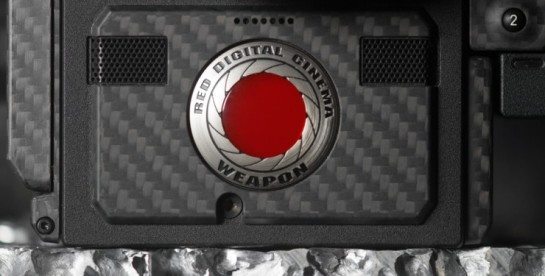 Red has stepped up it’s already impressive game by adding DXxHR and DNxHD as recording formats on the RED Weapon, Scarlet-W and Raven. But don’t get too excited too fast, the upgrade won’t make it to your camera until mid-2016.

IRVINE, CA and BURLINGTON, MA – January 26, 2016. Today, RED Digital Cinema and Avid announced that Avid DNxHR™ and Avid DNxHD® recording formats will be coming to RED’s DSMC2™ line of professional cameras – WEAPON, SCARLET-W and RED RAVEN. This addition brings yet another powerful and intuitive workflow option to professionals shooting on this latest generation of RED cameras.

Avid DNxHR and Avid DNxHD are renowned for their ability to reduce storage and bandwidth requirements, and Avid DNxHD has been accepted by the Society of Motion Picture and Television Engineers as the foundation format for the VC-3 standard. Additionally, these formats offer seamless direct-to-edit experiences for professionals looking to keep the highest image quality possible, while leveraging the investments they’ve made in Avid in-house production systems.

“We give shooters yet another extremely popular format option by getting Avid natively part of our camera workflow,” says Jarred Land, President of RED Digital Cinema. “With the ability to shoot REDCODE RAW simultaneously alongside Avid DNxHR and Avid DNxHD, they are getting the best of two worlds from both the acquisition and post perspectives. This collaboration between RED and Avid is going to be music to the ears for a lot of the industry, and I could not be happier.”

“For years, people have been shooting on RED and then editing within Avid software solutions,” says Louis Hernandez, Jr, CEO of Avid Technology. “Now, with Avid codecs being an in-camera tool within RED’s cameras, it ensures that the mutual customers of both RED and Avid have a much more seamless integration for their projects. And that is something we are all very excited about here at Avid.”