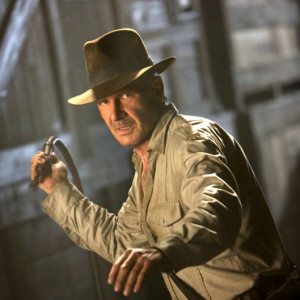 As I read this post by Michael Rosser on Screen Daily, my heart jumped for joy. Steven Speilberg, Indie’s creator, Has stated that he intends to make a fifth Indiana Jones and that Harrison Ford is the only choice.

EXCLUSIVE: Director also talks about his enduring passion for celluloid over digital.

Steven Spielberg has told Screen that he intends to make a fifth Indiana Jones film and will never replace Harrison Ford in the title role.

“I don’t think anyone could replace Harrison as Indy, I don’t think that’s ever going to happen,” he said in an interview with Screen International that will be published Friday (Dec 4).

With Ford in his mid-70s, there have been rumours that the whip could be passed on to another actor, with Chris Pratt being one suggested name. But Spielberg firmly denies the speculation.

“It’s certainly not my intention to ever have another actor step into his shoes in the way there have been many actors that have played Spider-Man or Batman. There is only going to be one actor playing Indiana Jones and that’s Harrison Ford.”

Please click here to read the rest of the story