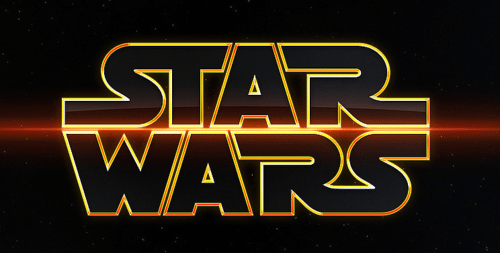 Below is the details of the press release. 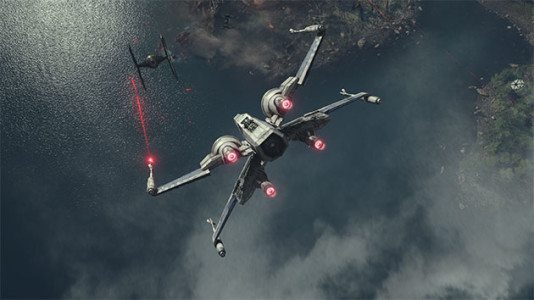 BURBANK, Calif., Dec. 14, 2015 /PRNewswire/ — Beginning with this week’s Star Wars: The Force Awakens directed by J.J. Abrams, Deluxe’s Stereo D, Hollywood’s leading producer of 3D for feature films, has been commissioned by Lucasfilm and The Walt Disney Studios to create the stereoscopic editions for three upcoming releases in the iconic Star Wars franchise. The other two titles areRogue One directed by Gareth Edwards and releasing on December 16, 2016, and Star Wars: Episode VIII, directed by Rian Johnsonand releasing on May 26, 2017.

This marks the first collaboration between Lucasfilm and Burbank-based Stereo D. Stereo D is a subsidiary of Deluxe Entertainment Services Group Inc.

In making the announcement, President of Deluxe’s Stereo D William Sherak said, “As a company of artists and technicians who all embrace their inner Jedi, we are thrilled and honored to be part of the Star Wars franchise. As a life-long fan, this represents the ultimate in wish fulfillment.”

“The quality of Stereo D’s work provides visually exciting experiences for all audiences and we are very pleased to be working with them on the next three movies in the Star Wars franchise,” says Lucasfilm’s SVP of Physical Production Jason McGatlin.  “A creative collaboration between Lucasfilm, ILM and Stereo D allows us to leverage efficiencies and deliver an amazing 3D experience.”

Work on Star Wars: The Force Awakens reunited Deluxe with Abrams, for whom Stereo D produced 3D on Star Trek Into Darkness.  The studio had also collaborated with ILM, the Lucasfilm-based visual effects powerhouse, on a robust pipeline to create the stereoscopic 3D on Marvel’s The Avengers, Marvel’s Captain America: The Winter Soldier, and Teenage Mutant Ninja Turtles, among others.

Stereo D has created the 3D conversions for over 30 films, including Titanic in 3D from Twentieth Century Fox; Marvel’s Avengers: Age of Ultron, Marvel’s Guardians of the Galaxy,  Marvel’s The Avengers, Marvel’s Iron Man 3 and Marvel’s Thor; as well as Jurassic Park 3D, and Jurassic World, from Universal Pictures; and Star Trek Into Darkness from Paramount Pictures.

Stereo D is the recognized leader in high-quality conversions of 2D theatrical content into stereoscopic 3D imagery. The company was formed in 2009 and was acquired by Deluxe Entertainment Services Group Inc. in 2011.  For more information, visitwww.stereodllc.com.

Lucasfilm Ltd., a wholly owned subsidiary of The Walt Disney Company, is a global leader in film, television and digital entertainment production. In addition to its motion-picture and television production, the company’s activities include visual effects and audio post-production, cutting-edge digital animation, interactive entertainment software, and the management of the global merchandising activities for its entertainment properties including the legendary STAR WARS and INDIANA JONES franchises. Lucasfilm Ltd. is headquartered in northern California.

Deluxe Entertainment Services Group Inc. is a global leader in digital media and entertainment services across film, video and online content from capture to consumption.

Since 1915, Deluxe has been the trusted partner for the world’s most successful Hollywood studios, independent film companies, TV networks, exhibitors, advertisers and others, offering best-in-class solutions in production, post production, distribution, asset and workflow management and new digital solution-based technologies.

With operations in Los Angeles, New York and around the globe, the company employs nearly 7,000 of the most talented, highly honored and recognized artists and industry veterans worldwide. For more information visit www.bydeluxe.com.