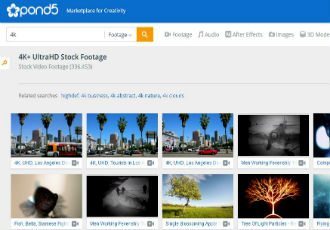 4K may be making headway in the entertainment realm, but B-roll and stock footage is seeing its effect as well.

According to Pond5, a marketplace for royalty-free video footage, more than three years of internal data from the company’s network of 40,000 contributing artists shows that after two years of sluggish growth, 4K uploads surged in 2014 and into this year. Since the first quarter of 2014, Pond5 has seen a near tenfold increase in the number of Ultra HD video uploads.

Because of the growing popularity of drones, a significant portion of these clips consist of 4K aerial footage, which has grown swiftly along with overall 4K uploads. Aerial 4K uploads have increased by a multiple of five since the first quarter of 2014.

Read the rest of the story at Rapid TV News.