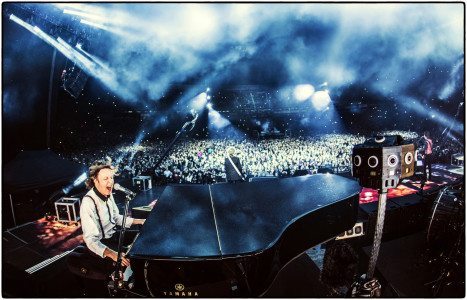 is already here. There is a tremendous amount o VR videos already available online, not to mention that you can watch any video or movie on your VR headset and turn it into an immersive home theater experience.

The following is a list of some of  VR

now available. Some are video and some are dedicated websites with VR as their landing page.

This one is from Korea. If you like to watch Korean girls dancing in 360 VR, you’ll like this

For 360° Effect – watch in YouTube App on iOS or Android, or Chrome on a computer.
SUBSCRIBE to NISMO.TV: http://grandlink.tv/FollowNISMO
Jump in a GT-R & experience the first ever 360 degree lap round the Le Mans track. Watch a GT-R battle a GT-R NISMO & look where ever you want on this mind blowing Lap! In answer to some comment questions – it was shot with 6 GoPro’s

Note – This was filmed on a closed circuit at the end of a Le Mans test session. The GT-R’s were travelling at a speed restricted rate, so the video has been sped up a little to match a FAST GT-R lap, along with the HUD Graphics to match. We figured this would make it more interesting as a 360° experience – ENJOY! Hit us up in the comments below and please hit like!

Surf the waves with these guys in 360 VR. Ever wanted to surf in Tahiti?
Now you can with this immersive 360 VR experience
Video by Samsung / Rapid VR
Directed by Taylor Steele

Qantas, Hamilton Island and Samsung have partnered to create a unique and exciting virtual reality experience of one of Australia’s most popular and scenic holiday destinations. For the best experience, select 1440p (HD) or 2160p (4K) from the Quality settings menu. Simply hover your mouse over the video, click and drag in any direction to get the 360˚ experience.

In this revolutionary three dimensional, 360 degree Virtual Tourism experience, you can fly with the pilots in the cockpit of a Qantas jet as it lands at Hamilton Island airport, relax at the world-class luxurious resort qualia, swim with sea turtles and an abundance of tropical marine life in the Great Barrier Reef, play golf at Hamilton Island’s Championship golf course, enjoy breathtaking aerial views from a helicopter tour over the iconic heart reef, and sail to the magnificent Whitehaven Beach on a yacht.

Produced by Rapid VR in partnership with Qantas, Hamilton Island and Samsung Australia.

This is a test video from Giroptic 360 Cam done way back in 2014. They did add this disclaimer.

A day at the Parc Asterix : amusement park test driving an early prototype of the Giroptic 360cam.

These are jus a sampling of what is out there. For more search YouTube or Googl#360 #VR