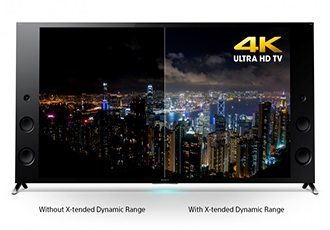 High Dynamic Range has started to dominate the world of streaming online content and now, Amazon Prime Instant Video has jumped into the bandwagon.

In June, the internet giant had announced that it was working on plans to add HDR technology to its streaming movie and TV show service sometime in 2015, but without having defined a specific date and now, just as July rolls around the corner, the company is already putting their announced plan into place.

The Instant Video service has already started to officially stream 4K content which has been encoded with high dynamic range to Primer subscribers in the U.S.A.

The HDR content is obviously only available to those users whose 4K TV models are actually capable of decoding and displaying the higher contrast ratios of HDR but it is definitely now available. Thus, users who own one of Samsungs SUHD 2015 4K TV models from the top shelf, like the JS9500, which do have HDR capability already inside them, or (soon but not quite yet) Sony’s very latest 4K models which will be getting HDR firmware updates later in the year. Owners of these TVs can now or will soon be able to see what all the hype has been about.

The HDR 4K content is now available through the Amazon Video app on the HDR-capable Samsung SUHD TVs.