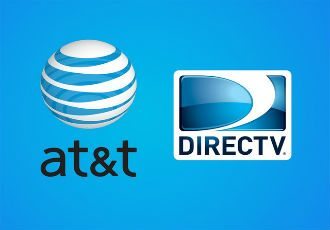 According to this latest report it has taken AT&T 5 years to reach 6 million U-Verse TV customers (ironically, prior to U-Verse, AT&T co-marketed with DIRECTV’s competitor Dish Network). DIRECTV brings 20 million US video subscribers to the table for a total base of 26 million, plus another 19 million in Latin America, creating a Pay-TV behemoth with 45 million customers. This is almost twice as large as the next players i.e. Liberty Global (24 million video subscribers in 14 countries) and Comcast (22 million video subscribers in the USA). This scale may improve content deal negotiations and have some benefit in reduced churn. It is hoped too that many will be able to get good deals on their internet, with more here listed for people to consider. When people do look for internet providers, they have to try and find the one that offers them the most for their money. That’s why people are constantly trying to find the best broadband and phone deals as it will save them money in the long run. Some packages offer people the chance to purchase a mobile phone alongside their internet (see here for some important factors to consider when choosing mobile broadband). It’s ultimately up to the individual to choose what’s most essential for them.

DIRECTV has the highest Pay-TV ARPU in the USA – $105/month, driven by HD (195 full-time channels) and high level of premium subscriptions, not least to its exclusive NFL Sunday Ticket, which it has offered for the last 10 years.

DIRECTV also brings 19 million subscribers across Latin America at an ARPU of $43/month. AT&T has recently moved into the wireless market in Mexico with acquisition of Lusacell (6 million subs) and Nextel (3 million subs).

97% of AT&T’s current U-Verse subscribers take more than one service, and the opportunity is clear to lock more DIRECTV subscribers onto its broadband network, which is being systematically being upgraded to fiber. 40% of AT&T’s broadband subs already get 75Mb/s and a 1GB/s service is now offered in 10 major cities. Depending on where you live, you’ll find yourself saying that there are a lot of good internet providers in my area, so you’ll want to make sure you get the very best deal possible. You may find that AT&T offers this, although there’s a chance that your interest will be drawn to elsewhere.

Wireless is AT&T’s core business and the DIRECTV move allows it to extend its Quad Play offering to another 20 million subscribers in the USA.

US Services Industry Consolidation is Ongoing

As the US market has matured, communications services groups have been positioning for scale. Comcast walked away from the Time Warner Cable (TWC) deal because of regulatory concerns but Charter Communications stepped into the breach with an audacious $56 billion offer for TWC and Brighthouse Networks to form another cable network with 20 million subscriber reach. As cable video subscribers have fallen, broadband share has become the name of the game and is driving network concentration.
In wireless, Sprint’s 2014 play for T-Mobile fell apart, but Comcast, Verizon and even Dish Network are rumoured to be looking at the company. Is Dish Network itself vulnerable? A merger with DIRECTV was mooted for several years but not progressed. Verizon quashed any rumours of possible takeover of Dish in 2014, but could it be back on the table in light of the AT&T/DIRECTV deal?