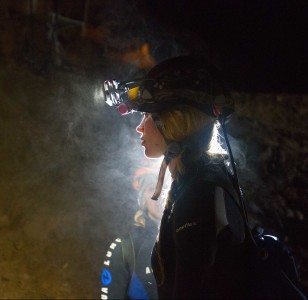 The Spring is an action-drama filmed in 360 3D VR. Three female cave explorers set out, dropping down thru a pit to a cave with an underground river. The seemingly harmless adventure turns deadly as the underground river suddenly floods. Our trio of spelunkers are forced to go deeper into the labyrinth of caves to make their escape via, The Spring, a rumored but unexplored exit.

The first questions, of many questions, that I had for Greg Passmore was, ‘ Shooting a 3D 360 degree VR movie in a cave where at times you are perilously close to the top of the caves due to the water level, what do you do with the crew?’

His reply threw me off guard. He said, ‘anywhere I want’. It was then that he told me he was shooting with one RED EPIC camera. 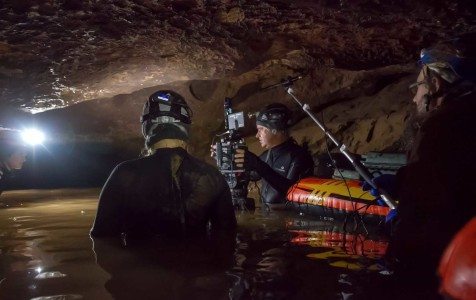 Greg realized two things during the pre-production process of the film.

First, this story would make a fantastic virtual reality movie.

Second, it would be impossible to shoot this with a traditional multi-camera VR Rig. For one thing, the only place for the 8-10 crew to go during a take would be underwater. For another, the near claustrophobic tiny crawl spaces that would need to be navigated would simply not accommodate the VR Rig.

The obvious answer was, with such a controllable space, to shoot everything in panels. 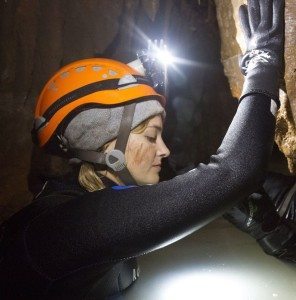 Passmore Labs is an awarding winning studio,  working in the world of 3D multi-camera and 3D conversion. So Greg is no stranger to inventing his own workflow and, in this case, creating his own proprietary Spherical compositing software to ‘stitch’ the elements of the 8 camera views together. Don’t think for an instant this was an easy process, lens calibration and filling in areas and warp correction, are just a few of the hurdles that needed to be overcome.

The next challenge was lighting in a water filled confined space. In order to achieve a film quality dynamic range in the shots would require a delicate balance. They needed to be intensely bright and there really wasn’t any place to out them. Actual caving lights emit a very low lumen light, insufficient for filming. The only choice was to create their own ‘caving’ lights. The actors actually wore them on their heads. Extra planning went into the direction of the actors to not only deliver their lines but to also properly light the scene. 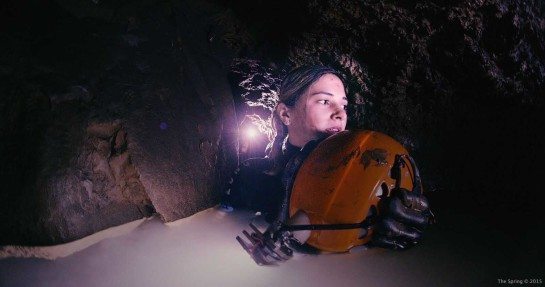 I asked Greg about using Super Speed Zeiss Lenses, but he explained the need for a deep depth of field which those lenses don’t offer. He needed to be able to stop down 2 1/2 to 3 stops to achieve the proper near infinite depth of field.

Audio presented another complex set of challenges. Keeping the microphones dry, for one. Plus the acoustics of a water filled cave are far from ideal. Special waterproof cases were utilized with small inflatable boats.

As for DIT, Greg has a mobile production trailer/studio that he travels to a location with. The software has reached the point where he can ingest the raw files natively. Then the composite is built with the exported files feeding into an Oculus Rift for reviewing the days’ shoot.

Greg’s rationale was summed up with this statement, ‘If we start with something hard, and survive it. We can then say, alright great, now we can do the easy stuff.’ ‘I really wanted to try something with some teeth, and this particular film was challenging because the physical environment as well as the filming issues. If VR really has this ability to create this intimate sense of space and feeling, then this was the perfect environment to show that off.’