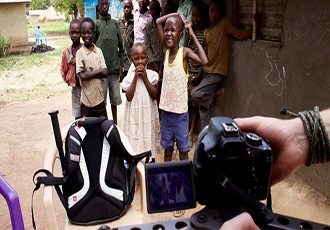 I came across this great article on Medium and the authors have kindly allowed me to re-post parts of it here.

Over the past several years, documentary films have made an explosive comeback. There are lots of reasons for this, but two of the big ones worth noting are:

Our nonprofit has built a successful media program, one that focuses on a warzone half a world away, from scratch over the past three years. It’s been hard work, but well worth it as we continue to advance in our mission of seeing peace and justice in Sudan in our lifetime.

Like many documentary filmmakers, we started down this road because we are passionate about storytelling and a specific issue. We still don’t have all the equipment and expertise we need, but we’ve made a lot of noteworthy progress. Here’s a few things we’ve learned along the way.

Human history is built on breathtaking stories. Our world wouldn’t be the same without them.

If there’s one thing every human being in the world has in common, it is our collective love of stories and storytelling. The world’s most ancient texts are filled with sweeping stories of early civilization. Today, we can’t get enough of big-budget films, post-apocalyptic books, and real-life stories of ordinary people becoming heroes. We’re wired to come together around those who who create, write, and show.

So, how do you tell a good story? There’s lots of methods and approaches, but we want to provide you with just a few tips just to get started [Keep reading…]