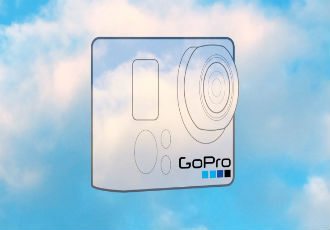 Techcrunch posted an article this week about GoPro’s plans to launch their own editing app to allow you to edit your GoPro footage out in the field, with your mobile device. Sounds like a cool idea,huh!

Techcrunch: GoPro Expects To Launch A Mobile Editing Solution By The End Of Summer

GoPro president Tony Bates today revealed the company is on the verge of launching a new mobile app that will allow users to trim and share content right from their phones.

According to Bates, the app is in the final phase of testing and the company expects to launch it by the end of the summer.

GoPro cameras have long needed an improved software solution to enable consumers to turn hours of captured video footage into a minute or two highlight reel. This is currently a clumsy and labor-intensive process requiring the use of convoluted video editing software.

Techcrunch: Now You Can Quickly Share The Best Parts Of Your GoPro Videos With BrightSky Labs’ App ’10’

BrightSky Labs, a startup that hoped to unlock videos recorded on GoPro cameras and other wearable devices and make them easy to edit and share. Today, the company is releasing the first version of its video-sharing app 10, which is designed to do just that.

The 10 app was created to reduce the friction GoPro users currently have when finding and editing videos to share. Currently, anyone who attaches a GoPro to their snowboard, surfboard or any other device usually ends up waiting until they get home and upload videos to their computers before being able to access them. Then they have to go through the trouble of sorting through all the content they recorded for just the choice bits and cut them down before uploading them to YouTube or other networks.