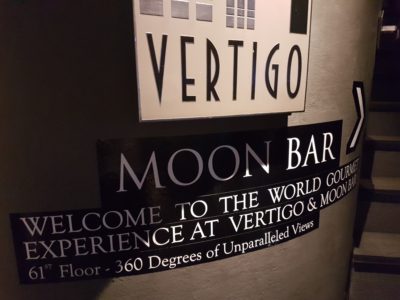 And after being held up by rain Al Caudullo of Explore 360 and Stephane Lambert of  Wishtrend Thailand went 360 Live Stream, after a short rain delay from the Vertigo Moon Bar in Bangkok Thailand at 10:01 pm BST, using the astonishing Insta360 Air

on my Samsung Galaxy S7

. This sensational 360 camera from Insta360 is the perfect consumer 360 camera for anyone with an Android phone. I plugged into my Samsung Galaxy S7, downloaded the app from the Google Play Store and I was instantly ready to go.

The best feature of the Onsta360 camera is that it is just so darn easy and fun. You turn your phone with the micro USB port facing up, plug in the phone and start snapping 360 images, record 360 videos, or live stream 360 like I did directly to your Facebook page. I’ll have a full hands-on review of this 360 camera and app soon.

Facebook has been bullish on 360 and now has added 360 Live streaming to the mix.

Blend Media 360 is a platform specifically built to help 360 video/VR Creators make money from their existing 360/VR content through Blend’s Licensing Platform and expert team of licensing executives, as well as to generate new income for those Creators through our large global network of Brands, Agencies and Publishers wanting to produce new 360/VR content.

The social network announced its Live 360 Ready Program, a list of third-party 360-degree cameras and software solutions verified by Facebook.

The cameras and software will feature the Facebook Live logo on their packaging or their websites, and they will enable users to interact directly with friends and followers by giving them direct access to Reactions and comments via Facebook.

Facebook also announced that it now supports resolution up to 4K for Live 360 streams (pictured above), enabling users to view content in higher fidelity and, via the Facebook 360 application for Gear VR, in virtual reality, both live and after they end.

The social network’s donate buttons for Facebook Live, introduced in March, have been extended to Live 360 videos, enabling verified pages to raise funds for U.S.-based 501(c)(3) nonprofits, or nonprofits to add donate buttons to their own Live 30 videos.

Facebook introduced the ability for verified pages to schedule Facebook Live videos, complete with pre-broadcast lobbies, last October, and this can now be done for Live 360 videos, as well.

Once Live 360 videos from profiles have ended, Facebook is adding stabilization when its algorithm detects that it is needed, such as in cases where the video is shaky.

Creators of Live 360 videos can also use the 360 Guide tool to alert viewers to highlights and points of interest during the broadcasts, as well as Facebook’s Heatmap visual insights tool, which gives creators of live videos with at least 20,000 unique active viewers information on which parts of their videos drew the most engagement.

Finally, Live 360 videos can now be cross-posted for more distribution, viewership, and engagement. 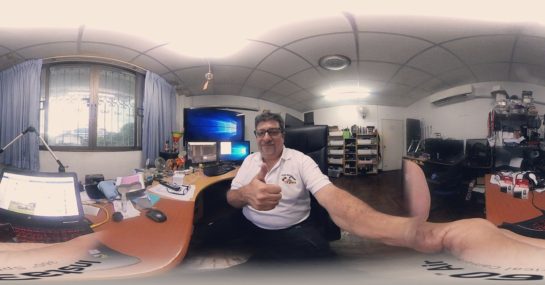 Al Caudullo and Explore360 Media went 360 Live Streaming a total of eight times over the course of the Weekend of Live 360.