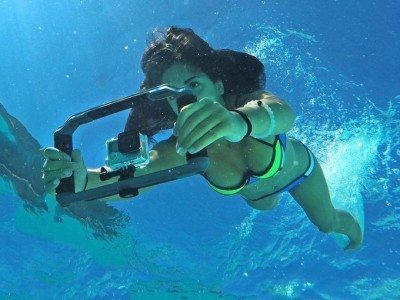 Here are all the deatils. If you jump on board early you can still get one for $50, but hurry it is limited to the first 150.

GoPole, the original and leading third party GoPro(R) camera accessory brand, has announced their first-ever Kickstarter campaign to promote and fund the new Triad Grip, a multi-configuration tray for GoPro and other cameras. The campaign kicked off on February 14 and will run until March 16, 2016 at 9:05 AM Eastern Standard Time.

“GoPole users are extremely creative and savvy – they want to be a part of innovative and passionate new products and ideas, which is why launching a Kickstarter campaign to showcase the Triad Grip made sense,” GoPole Vice President Ryan Vosburg says. “Backers who help drive the project will receive a variety of reward options based on their donations, allowing for advanced offerings and additional product opportunities from the GoPole brand.” 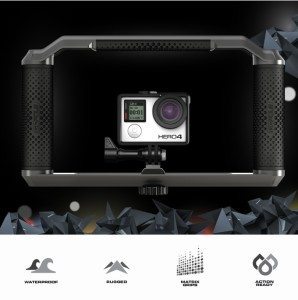 The Triad Grip is a versatile, do-it-all mount that offers protection, stability and multiple accessory mounting options for your GoPro or any other cameras. The product is perfect for professional video production or underwater usage to capture footage of virtually anything imaginable – from skateboarding to diving. Featuring two rubber grips and a rubber glide handle, the Triad Grip can be used for two-handed or single-handed filming. Two 1Ž4″-20 threaded inserts and three integrated shoe mounts are provided for connecting mics, lights and other camera accessories.

Kickstarter is a successful funding platform for creative projects, bringing them to life through the direct support of others. The Kickstarter campaign for GoPole’s Triad Grip runs for 30 days and, if fully funded, GoPole will receive at least $35,000 in backer donations for the new mount and in turn, will reward those who donated to the campaign through various reward tier options. Triad Grip will be available to consumers worldwide in May for a suggested manufacturers retail price of $64.99, but contributors to the Kickstarter campaign have the opportunity to have the product in-hand by mid to late March.

For more information about the Kickstarter campaign, and to watch the video about the Triad Grip click here: http://kck.st/1U7KFtR. To learn more about GoPole, go online togopole.com. Join the conversation socially with the hashtags #gopole and #triadgrip.