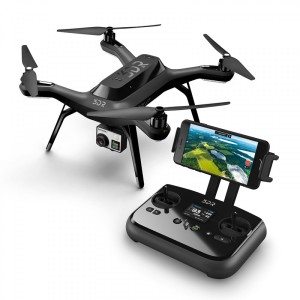 I could not have said it better myself, so here is a story from ARS Tecnica & Sean Gallagher.

The Federal Aviation Administration has pushed forward strict rules for the operation of small consumer drones. Drones weighing more than 250 grams (a little more than half a pound) will have to be registered with the FAA, and there are restrictions on where they can be flown. The regulations are largely prompted by fears that the toy-sized flyers will pose a danger to commercial and civil aircraft—fears that new research suggests are unfounded. That research, shown in a study just published by George Mason University’s Mercatus Center, was based on damage to aircraft from another sort of small, uncrewed aircraft—flying birds.

Much of the fear around drones hitting aircraft has been driven by FAA reports from pilots who have claimed near-misses with small drones. But an investigation last year by the Academy of Model Aeronautics (AMA) found that of the 764 near-miss incidents with drones recorded by the FAA, only 27 of them—3.5 percent—actually were near misses. The rest were just sightings, and those were often sightings that took place when drone operators were following the rules. The FAA also overcounted, including reports where the pilot said explicitly that there was no near miss and some where the flying object wasn’t identified, leading the AMA to accuse the FAA of exaggerating the threat in order to get support for its anti-drone agenda.

There hasn’t yet been an incident in which a drone has struck an aircraft. But bird strikes (and bat strikes) do happen, and there’s a rich data set to work from to understand how often they do. Researchers Eli Dourado and Samuel Hammond reasoned that the chances of a bird strike remain much higher than that of an aircraft hitting a drone because “contrary to sensational media headlines, the skies are crowded not by drones but by fowl.”