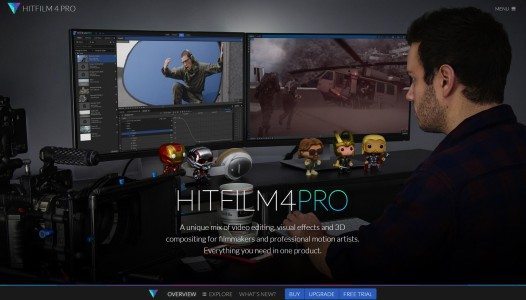 FXHome has continued it’2 breaching of the “Adobe” Fortress with the release of HitFilmPro 4. This release firmly plants it’s flag for any of you out there who want freedom from the monthly assault of Adobe Creative Cloud fees!!! They have added some fantastic new features and there is no doubt that between DaVinci Resolve and HitFilmPro 4 the walls are a shakin’ in Adobe-land.

But enough hyperbole, let’s dig into the real specs of HitFilmPro4. I have just gotten back from on location shooting for not one but two travel documentaries in Myanmar. Consequently, I have not had time to dig into the software just yet, but I assure you I will be jumping in to give you a real world hands-on review as soon as I can.

Here is the press release from FXHome. 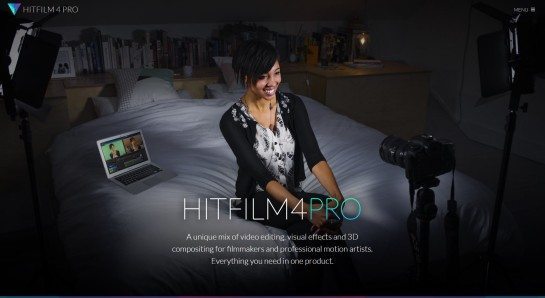 HITFILM REVEALS THE NEXT GENERATION OF VIDEO EDITING
Everything filmmakers need in one place, from easy editing to big visual effects
Norwich, UK – 18th November 2015 – HitFilm today launched a new version of their flagship
editing and visual effects software, HitFilm 4 Pro. Following the launch of H itFilm 3 Express
for free, HitFilm 4 Pro introduces major new features for filmmakers requiring high quality
visual effects. Chief among the advancements are a powerful video editor, greater realism
when rendering 3D scenes, advanced animation controls and a refined interface.
Modern filmmaking requires indie filmmakers to be editors, VFX artists and colorists at the
same time; HitFilm 4 Pro gives you everything you need and more. From short f ilms to
documentaries, commercials to vlogging – HitFilm has features for beginners and experts
alike, combining depth and sophistication with an intuitive simplicity.
No other video product combines high quality editing tools, 3D compositing, 3D object
rendering, an industry leading particle simulator, an expansive toolkit for advanced color
correction and grading as well as over 200 fully customizable visual effects. Also included is
HitFilm Ignite, a collection of over 140 plugins for use in Adobe Premiere Pro, Adobe After
Effects, Final Cut Pro X, Sony Catalyst Edit, Sony Vegas Pro, DaVinci Resolve & Apple Motion.
“HitFilm 4 Pro allows creators at every level access to w orld-class VFX and editing tools, ”
explained J osh Davies, CEO, HitFilm. “Our passionate community are fantastic and we’re
pleased to offer these tools to help them push their projects to the next level. No matter how
grand the vision, users will be able to add new elements previously only available on
platforms costing hundreds, if not thousands of dollars. HitFilm 4 Pro allows filmmakers of all
levels to create professional-grade video projects. It’s the biggest release we’ve ever had.”
Today’s release of HitFilm 4 Pro is available immediately for download to Mac & PC for $349
from hitfilm.com . The system requirements are: Mac 10.9, 10.10, 10.11 and Windows 7, 8 &
One license can be used simultaneously on three separate machines.