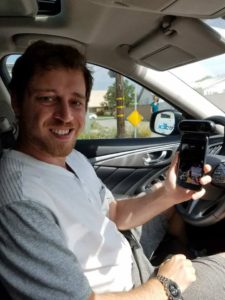 Insta360 presents the ONE, with a promise to change how you think about shooting 360. It mentions the iPhone but not an Amdroid version. But the company released this way before, with the Insta360 Air for Android coming out after. But the Insta360 One will also be a standalone 360 camera. This sounds really exciting. 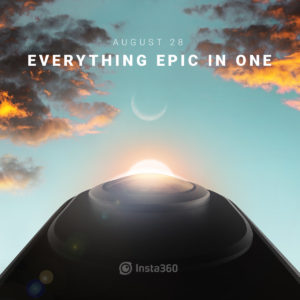 1. Groundbreaking creative tool: The new FreeCapture feature means that the Insta360 One can, on its own, capture shots that used to only be possible with multi-camera setups.

2. Versatile: It competes with other standalone 360 cameras on their own terms, but also works as a smartphone attachment for convenience of capture, social sharing and 4K live-streaming.
3. Ready for action: Its portability, easy mountability, onboard stabilization (built-in gyroscope for standalone image stabilization) and adaptability to waterproof use (we’ll also have a waterproof housing available), means that it’s suited to a wide range of active use cases.
4. High-definition: 4K 30fps video and 24 MP stills mean that it addresses 360’s greatest pain point: the high image quality needed for a satisfying spherical image. The camera also captures slow-mo in 60fps, plus 120fps hemisphere.
Here’s a comparison between the Insta360 One and Samsung Gear 360 (2017) and attached a picture of the One when attached to an iPhone 7: