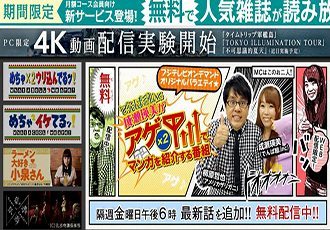 Fuji TV on Demand, a subscription service, is being delivered via the MistCDN content delivery network platform – a peer-to-peer (P2P) network which can deliver contents at bitrates of as much as 40MB per second.

The service launched with a streamed documentary called Battleship Island, about the abandoned Hashima Island near Nagasaki in southern Japan and its undersea coal mine. The industrial island, which was manned by forced labour during the 1940s, was controversially awarded UNESCO World Heritage Status on 6 July as the Fuji TV On Demand service launched.

Another 4K documentary, about Tokyo’s night-time illuminated architecture, and a popular Chinese-Japanese TV drama called Mysterious Summer, are also among the content available.

Netflix is already collaborating with Fuji TV to produce original content for its entrance in the Japanese streaming market.