THE Walk could make you sick. Really.
Some vertiginous viewers in the US have been caught off balance by the 3D flick about the daredevil who walked a tightrope between the Twin Towers — feeling downright queasy by the perceived height.
Joseph Gordon-Levitt plays Frenchman Philippe Petit, who snuck to the top of the World Trade Center on August 7, 1974, and performed his death-defying act 415 metres above the ground without a net.
Director Robert Zemeckis said after the first screening at the New York Film Festival over the weekend that he actually wanted audiences to experience vertigo, Business Insider reported.
He apparently got his wish — and then some.
“The last 20 minutes of the film I had to look away a couple of times because of the sensation of the height. I felt a little bit queasy. I felt nervous. It was a tingling sensation and some anxiety,” said Denise Widman, board director of the Boston Jewish Film Festival who is in town for the film festival.
Others had it even worse. Journalist Mark Harris tweeted: “Reports of guys vomiting in the Alice Tully men’s rm post-The Walk: True. Witnessed it/came close. Bad visual trigger for vertigo sufferers.” 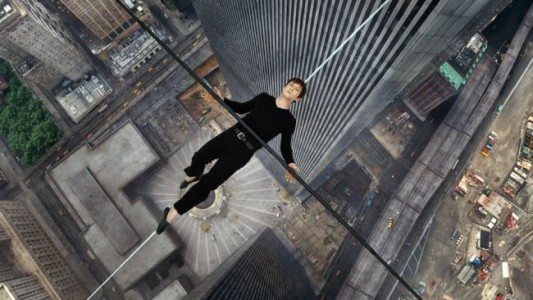 Read the rest of the article