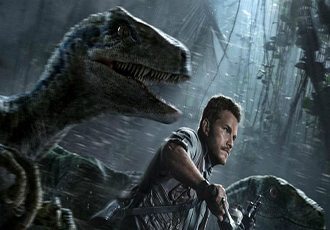 Jurassic World is still gathering more and more viewers but JW2 is already announced. The next Jurassic sequel will be released in 3D for the 2018 holidays.

Stars Chris Pratt and Bryce Dallas Howard are confirmed to be reprising their roles as Owen Grady and Claire Dearing, respectively.

“Jurassic World 2” is not going to be “limited to theme parks, and there are applications for this science that reach far beyond entertainment.”

Trevorrow gave nuclear power as an example; how it was initially considered as a weapon before scientists realized it could also be used for something else – energy. It is the same way that the director opened the idea of dinosaurs being used as weapons in “Jurassic World,” along with the premise that InGen might not be the only company with the capability to bring back these extinct creatures. “What if this went open source? It’s almost like InGen is Mac, but what if PC gets their hands on it?” Trevorrow mused aloud. “What if there are 15 different entities around the world who can make a dinosaur?”