For years Phil Tippet has been making monsters. As a 2-time Academy Award Visual Effects Supervisor and Director, he may be best known for his work on the original Star Wars films, Jurassic Park, Robocop, The Force Awakens, and many more. Now he is working with some very talented people at Happy Giant to create a unique and utterly mesmerizing new game.

HoloGrid: Monster Battle is a hybrid CCG/turn-based tactical strategy game, brought to you by Tippett Studio and HappyGiant. With the goal to defeat your opponent’s Champion, the game uses team and spell based combat, set on an AR tabletop-like playing board, allowing intense battles to take place.

Phil Tippett & HappyGiant announced the launch of a Kickstarter campaign for HoloGrid: Monster Battle, a new hybrid board game, CCG, and digital augmented reality game, recently named “Best Technology of PAXEast 2016” by http://www.MMOGames.com
“No other tech on the gaming floor combined so many cool, new ideas at once quite like this game. It managed to put together AR, CCG gaming and mobile gaming into a mixture that engages with its personality and depth of play.”, said MMOGames.com “HoloGrid could have easily leaned on its AR tech to make it simply a neat toy, but it has built a very compelling game in the process. It has managed to toe that difficult line between being accessible while also offering a strong level of strategy. In addition, it has a strong base to build on for more variety of cards. If HoloGrid can secure the right attention and make its game affordable, then Happy Giant has possibly caught lightning in a bottle.” 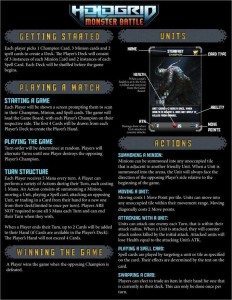 Photogrammetry
Another exciting aspect of the project is the use of Photogrammetry to scan Tippett’s real life physical monsters into 3D digital assets for the game, giving them a level of detail and character unlike any other. “We’d been doing experiments with Photogrammetry, but more on museum level artifacts,” said Levine. “At the same time we began exploring doing projects with Tippett, we had the idea, ‘What if we tried this on some creatures?’ The results blew us away. That’s really where this idea was born.” “And it’s the exact same technique we used on The Force Awakens,” added Tippett.

HoloGrid: Monster Battle is a hybrid CCG/turn­based tactical strategy game, brought to you  by Tippett Studio and HappyGiant. With the goal to defeat your opponent’s Champion, the game  uses team and spell based combat, set on an AR tabletop­like playing board, allowing intense  battles to take place.

● Platforms: Mobile for main goal (iOS/Android), many others if we hit Stretch  Goals.

● Boxed Product: The game is a one­time­fixed price purchase. This is NOT a  Free­To­Play mobile game and we won’t bother you with in­app purchases  (read my lips!). We may introduce new creature card packs over time, but only  if you want ’em!

● Unique Abilities: All units will come with their own unique abilities, movement  ranges, and more; allowing for endless amounts of strategy. See Creature  Gifs below for more details.

● Spells ­ Like the Creatures, every spell will be unique, and have the ability to  shift the tide of the battle.

● Fast Paced: The game matches take only 10­15 minutes, so you can play a  quick session or multiple matches in no time.

HappyGiant – Founded by veterans of LucasArts, ILM, Hasbro and Pileated Pictures, HappyGiant is an independent developer and publisher of video games and entertainment for PCs, mobile, tablets and emerging platforms. http://www.happygiant.com 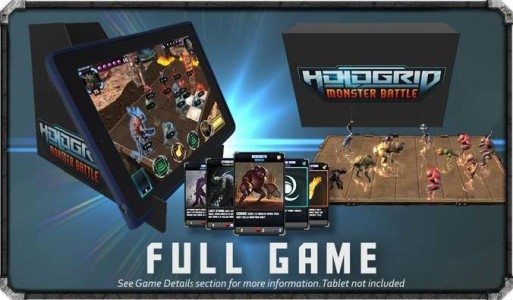