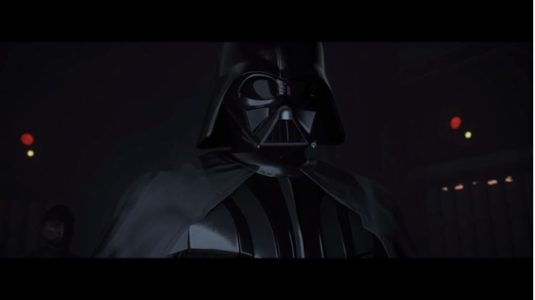 Like the previously released Oculus Go, Oculus Quest is a standalone VR headset that can store, play, and save games without connecting to another piece of tech. However, where the Go is specifically designed for mobile VR gaming, Quest can run both mobile and PC VR games. Quest also has more advanced controllers that utilize analog sticks, triggers, and six degrees of motion control. In comparison, Go only has point-and-click controllers with three degrees of motion.

Zuckerberg added that 50 games will be available for the Quest when it launches and that many PC VR games and apps will be ported to the headset.

There was no follow-up announcement for the entire list of games that will launch on the Quest. However, Zuckerberg also announced that future Oculus products will be compatible with older games, so we can probably expect a few of the launch titles to be games that are currently available on the Oculus Rift and Go.

According to CNET, Vader Immortal–a three-part Star Wars VR series–is the only confirmed launch title for Quest. The VR series takes place between the events of Revenge of the Sith and A New Hope, and it has you running into Darth Vader as you explore the Sith lord’s castle on Mustafar. Vader Immortal is produced by screenwriter David S. Goyer and tells an original story.

Oculus Quest is scheduled to launch in spring 2019 and will cost $400 USD.