UNICEF’s UPSHIFT is a youth-led program which empowers young people with skills, opportunities, and mentorship to innovate and bring their social impact projects to life.

hope that you are ready for your daily fix of VR juice. Drink it up, there will be a new one tomorrow. 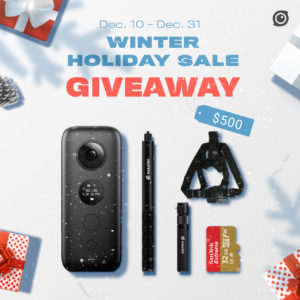 360 video is a video that is recorded in all directions at the same time with multiple cameras. The videos are stitched together either internally in the camera or externally using special software.

It then forms one spherical video that is controlled by the viewer, enabling them to look up, down, right or left at their discretion.

I want you to be the judge.

How are you watching your 360 VR Video?

Are you watching on your PC?

Or are you using another smartphone with a Google Cardboard? Google Daydream?

Leave a comment below. Let us know what you like or don’t like. If you have seen a 360 VR video that you think is awesome, tell us, and we will feature it.

What type of VR Headset do you own? Or do you watch with your computer? Smartphone?