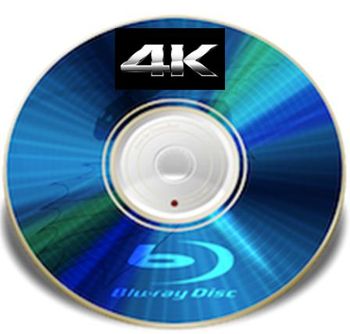 Is it time to forget 4K streaming? The Blu-ray Disc Association (BDA) has revealed it will begin licensing the new Ultra HD Blu-ray format from August 24, 2015. Of course, you will need to buy an Ultra HD Blu-ray machine to play the new format. So what do we do now?

LOS ANGELES–(BUSINESS WIRE)–The Blu-ray Disc Association (BDA) will commence licensing the Ultra HD Blu-ray™ format starting August 24, 2015. The format represents the work of global leaders from the consumer electronics, IT and content creation industries and will enable consistent and reliable delivery of Ultra HD content to the rapidly growing number of Ultra HD households, expected to grow from 11.7 million Ultra HD TVs in 2014 to 95.6 million in 2019.*

“Ultra HD Blu-ray enables the delivery of an unparalleled, consistent and repeatable experience that will set the standard for Ultra HD entertainment, the same way Blu-ray Disc did for high definition viewing”

Ultra HD Blu-ray is a critical component of the expanding Ultra HD ecosystem that redefines in-home entertainment through advances in resolution, contrast, color and audio, providing a sensory experience that replicates the richness of life’s sight and sounds and more accurately reflects the content creator’s intent.

“Ultra HD is expected to ramp up quickly over the next few years as it grows in popularity, availability, and affordability within the market for TV sets,” according to Paul Erickson, senior analyst at IHS Technology. “The ability to consume Ultra HD content during this time, however, is a question mark due to variables such as Ultra HD broadcast offerings and household bandwidth for Ultra HD streaming. Ultra HD Blu-ray aids consumer adoption of Ultra HD by providing an immediate, tangible way to watch Ultra HD content that completely bypasses service provider and bandwidth-based variables.”

The Ultra HD Blu-ray format will deliver high dynamic range content that significantly expands the range between the brightest and darkest elements and gives the consumer a more life-like viewing experience. Additionally, the format provides expanded color range, high frame rate (up to 60fps) and up-to 3840×2160 resolution. The Ultra HD Blu-ray format will also deliver next-generation immersive, object-based sound formats. And, with the optional “digital bridge” feature, the specification enhances the value of content ownership by embracing the notion that a content purchase can enable the consumer to view their content across a wide range of in-home and mobile devices.

“Ultra HD Blu-ray enables the delivery of an unparalleled, consistent and repeatable experience that will set the standard for Ultra HD entertainment, the same way Blu-ray Disc did for high definition viewing,” said Victor Matsuda, chair, BDA Promotions Committee. “With the commencement of licensing we would anticipate product announcements from various companies as we approach the 2015 holiday season.”

Ultra HD Blu-ray players will also be required to play back current HD Blu-ray Discs. This requirement, coupled with the upscaling capabilities of players and TVs alike, gives consumers access to the vast library of more than 10,000 titles currently available on Blu-ray Disc.

Licensing information can be obtained by contacting the Blu-ray Disc Association:

Blu-ray Disc™ and Ultra HD Blu-ray™ are trademarks owned by the Blu-ray Disc Association (BDA) and licensed for use on discs, players and other products that use BDA’s optical disc format for high definition and ULTRA HD audio-video and high capacity data software applications. Single layer Blu-ray Disc can hold up to 25GB of data and dual-layer discs up to 50GB of data. New Ultra HD Blu-ray discs hold up to 66GB and 100GB of data on dual and triple layer discs respectively.

About the Blu-ray Disc Association