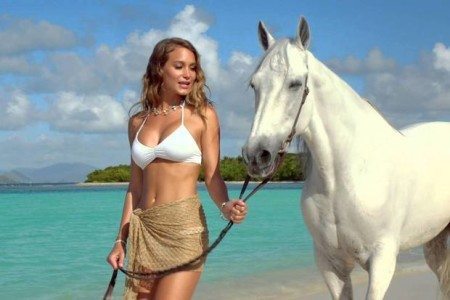 According to the National Advertising Division of the Council of Better Business Bureaus, DirecTV is running a dishonest ad.

The controversial ad featuring supermodel Hannah Davis walking along a beach with a horse talking about how 4K is so amazing. The problem is that, according to the National Advertising Division of the Council of Better Business Bureaus the ad is deceptive in that it implies that all of DirecTV shows are in 4K instead only a select few offerings. 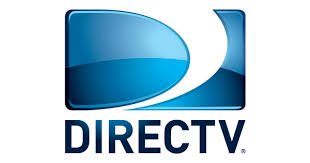 DirecTV is the only satellite provider that offers the service, but the NAD received complaints from other providers like Charter Communications that the ad makes it seem like all of DirecTV content is in 4K instead of a limited selection of movies and shows.

According to 4K.com, the NAD released a statement that reads like this: “DirecTV should “modify its claim to clearly address the developing nature of 4K technology and narrowly tailor the claim by either specifying the number of movies and/or programs provided in 4K or otherwise indicate that only a small amount of programming is currently available in 4K.”

Wow, and I thought the Rob Lowe ads were a little suspect.

4K has some serious technical issues, as I found out when I wrote about the high-resolution format recently. Readers responded in droves, some defending 4K but many pointing out that 4K movies are often upsampled from normal HD. I also found that both Amazon and Netflix movies in 4K look pretty terrible. It’s the worst possible time for there to be a controversy with DirecTV because of the holiday season–people are snapping up new televisions that are promising 4K resolution even though it’s not really widely available–and with the CES trade-show coming up early next month, which is always a 4K love-fest.
I wish I could tell you that I’ve tested DirecTV 4K, but it’s not available to test yet. Part of the issue is that DirecTV was just acquired by AT&T and there isn’t a review program for journalists, but the other problem is that 4K content is just not widely available yet. There are very few sporting events broadcast in 4K, even though there are rumors a few upcoming tournaments (namely, FIFA) will use the standard. I’ve tested services like Vudu and M-Go, but the selection is slim and movies are way too expensive.

At the same time, I agree with the 4k.com assessment: At least DirecTV is trying upgrade their service and jump on the 4K bandwagon. It shows that they have the satellite broadcasting capability in place and the DirecTV Genie setup box to support it. I also can’t blame the company too much for trying to differentiate on technical terms, which is becoming more and more common as a way to attract customers. Another example of this is how Tivo is running ads for the new Bolt set-top box that allows you to skip commercials en masse with one button.

Technical features are differentiators in the consumer market these days. People are savvy enough to know these advancements are worth the expense if the quality is noticeably better or if you save time. The problem with 4K is not that it’s underwhelming in quality, it just isn’t quite ready for primetime.