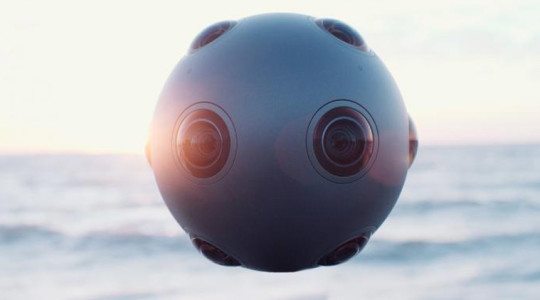 Everyone is jumping on the 360 Kodak

and add your own GoPro Hero Cameras

appears to be ready to do the same. During YouTube’s keynote presentation at CES this evening, GoPro CEO Nick Woodman said the company plans to release a “more casual” spherical camera sometime soon.

GoPro announced two spherical camera rigs capable of shooting 360-degree and 3D video for virtual reality last year at the Code Conference, but they are expensive products meant specifically for pro videographers. Since then, GoPro has made a steady stream of high-quality 360-degree videos using those rigs, and in fact Woodman was on stage with YouTube to announce that the two companies would be working together to make even more this year. (GoPro also publishes 360-degree videos to Facebook, one of the only other platforms that natively supports spherical video.) With that in mind, a consumer-grade 360-degree camera makes total sense.

It’s been well over a year since GoPro released the Hero4 lineup of action cameras. They’re still arguably the best action cameras around, but the company is clearly ready to head in new directions in 2016. On that same stage at Code Conference last year, Woodman announced that GoPro was working on its own quadcopter — we learned later and that it would be released this year. Now the company appears to be ready to release a consumer-level 360-degree camera. Maybe the two will even work together.