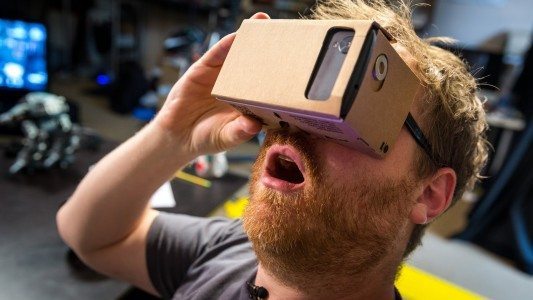 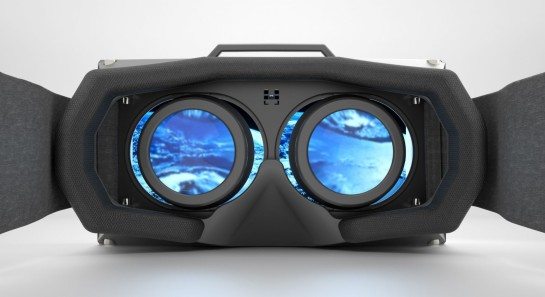 for $1395. Add to that price the need for a high-end gaming computer and you have a fairly expensive set.

On the other end, Google Cardboard

Google Cardboard. All you need for it, is a smartphone, which most of us have. Even though the Google Cardboard is designed for the Android System, there are ways to use your iPhone

What can I watch? Considered to be the ultimate gaming platform, VR delivers a truly immersive gaming experience. But, keep in mind, your VR headset is also your personal Home Theater to watch YouTube videos, VR Videos (which are now supported by youTube), and even get the preeminent Netflix

fix. Just about everything is cooler on your VR Headset. 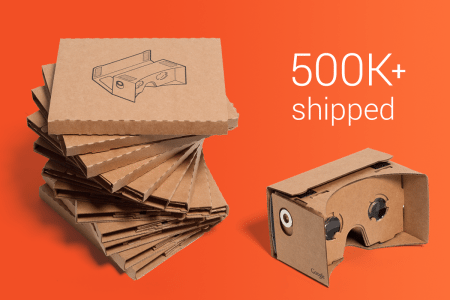 is doing its job with more than 500,000 units shipped. Google Play even has it’s own App Store Section with some great VR titles like Paul McCartney performing “Live and Let Die”, VR Roller Coaster, and ELLE: Jacquie Lee Photo Shoot, to name a few. If you are up for the task you can even build your own in true DIY style, just click this link and scroll down to the bottom of the page where you can download the template. the only thing that you’ll have to buy then is the lens

. Although, with the lens costing $5.99 or more, it seems easier to but the kit.

There are other ways to go and what can I watch? (after the break). 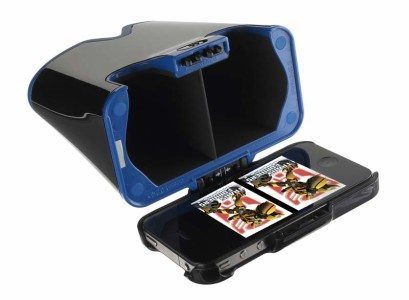 A few years ago Hasbro came out with MY3D

, a 3D viewer that will work with the iPhone touch or the iPhone 3 or 4. With some modification you can get it to work with your iPhone 5 or 5S, I did. 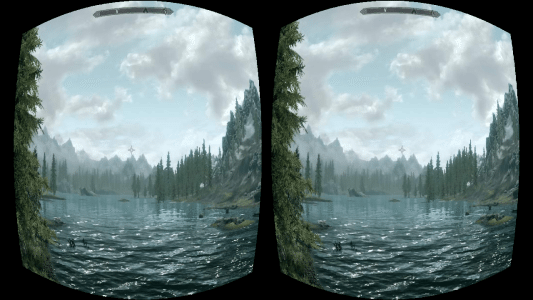 and the low priced range of Google Cardboard

Let’s examine some of them.

At $104.99 and $14.99, respectively, this a mass market headset designed with the iPhone in mind. It can even accommodate the iPhone 6+. But Android users get the VR love too. It utilizes its own iOS and Android app as a gateway to content and VR apps. The newest addition, the Mini, gives you portability in headset in case you don’t want to carry around the full size version.

Coming in at $99.99, Samsung has leveraged its popular smartphones, the Galaxy S6, S^ Edge, Note 5 and S6 Edge+, as the base for using the Gear. You are out of luck if you are an iPhone or other brand smartphone user. It was designed jointly with Oculus, so it is a well designed headset.

at $33.99, this option is fairly priced and is comp[atable with both the iPhone and Samsung, as well as, Sony HTC and Xiaomi smartphones.

There are many more out there. Here is a link to the category on Amazon VR Headsets