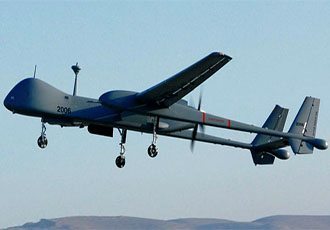 The Heron TP, a drone to be produced in Israel. Photo credit: 3DPrint.com

Now, following the lead of the U.S., the Israelis want to use 3D printers to make drones as well. At Tel Nof Air Force Base, they’ve just finished testing with an American made 3D printer capable of fabricating components for drones.

This feasibly includes power units and engines, as well as smaller components. Considering the amount of production being delegated to 3D printers for fabrication of high-quality components in areas like automotive and aerospace, this is certainly no stretch, and putting a drone in the air should be a piece of cake compared to many of the other items being constructed.

Just like everyone else, the Israeli’s use for the 3D printer would be to independently produce the drones as well as replacing parts expediently with the ease of digital design files at their fingertips. It’s also been reported that the Israelis recently also purchased other progressive U.S. wares in the form of robotics technology meant to streamline the assembly and disassembly of warplanes. This type of technology means significant savings in labor, but also means cutting out numerous jobs as humans are replaced.

However, the drones are just one more way militaries around the world are incorporating 3D printing to better meet their supply and defense needs.