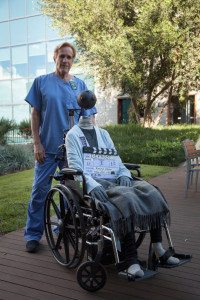 Years before Randal Kleiser started working on his hit musical “Grease,” he wrote a sci-fi screen play about cryogenic life extension. The idea: A woman gets woken up from decades of sub-zero temperature suspension, to find herself confronted with a much older family, some very advanced technology and a nagging suspicion that some things just don’t feel right. Kleiser wanted the whole film to play out from the protagonist’s point of view, but never really got a chance to do so. The script disappeared in a drawer, and remained forgotten for decades. 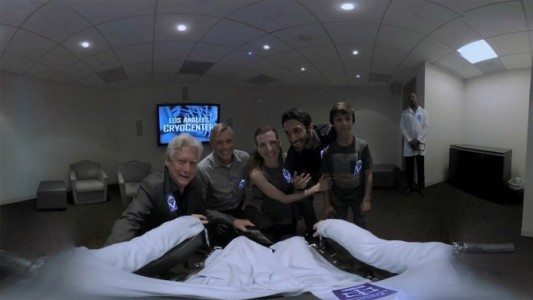 Then two years ago, Kleiser got to try the Oculus Rift for the very first time. He marveled at way thevirtual reality (VR) headset led him to believe he was really there — and then it clicked. “I thought about that old script that I had written,” Kleiser said in an interview this week. Kleiser realized that VR would make it possible to actually led the viewer experience the woman’s emotional shock and bewilderment first hand.

So he dug up the script, called in a few favors with friends in Hollywood, and produced “Defrost”, a 12-episode serialized VR Sci-Fi drama that is debuting at the Sundance film festival as part of the New Frontier Exhibition Friday. The “Defrost” cast includes Carl Weathers, Bruce Davison and Tanna Frederick, who also co-produced the series with Kleiser, as well as Christopher Atkins, Ethan Rains and Clinton Valencia.

Read the rest of the story here