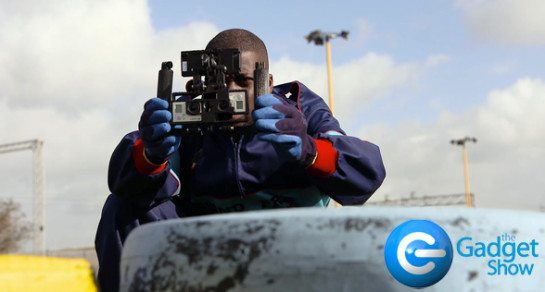 Ever since it was rated and featured at a British television series, The Gadget Show, the system has continuously received worldwide commendations from various independent 3D filmmakers.

The system is designed by the 3DGuy, Al Caudullo. Since Al’s 3D printer baby arrived, he never stopped inventing camera accessories that will benefit indie filmmaker fellows across the globe. Many of his 3D printed stuffs had been featured at Digital Cinema Report, HD Pro Guide and StudentFilmakers.com.

Are you looking for a 3D system to perfectly support your GoPro camera stereoscopic 3D captures? Today, you’re one of the many who found the solution!

Learn more about the packages or check it out on Shapeways today! Price starts at $99.00 only!